Lugo-di-Nazza is located at 530 metres above sea level and is part of the ancient parish of Castello, Upper Corsica. Its main watercourses are the river of Fiumorbo and some of its tributaries such as the Giargolo and the Casillilli. The highest point of Lugo-di-Nazza is the Punta d'Uccello, at an altitude of 1055 metres. It is a good starting point for many hikes, such as Punta d'Uccello (1055 m), Monte di Core (597 m) and Punta Razzete (447 m). The village is part of regional natural park of Corsica.

Today, the main lever of resumption and development of this village is the hydroelectric power station of Trevadine, which irrigates part of the eastern plain. This station has made possible to launch a programme to enhance the village's patrimony.

The chapel of St Cyriac (15th century), which was the old parish church of Castello, is located in the centre of the village and its bell tower is one of the most beautiful in the area. You should also visit the parish church of St Cyr (15th century) – one of the first Baroque churches in Corsica, a style imported by the Genoese. This church is part of the Preliminary inventory of Corsican heritage and was renovated at the end of the 20th century. Its bell tower, which reaches a height of almost 30 metres, is made up of five separate levels.

This village is located at 26 km from Aléria, at 52 km from Corte and at 98 km from Bastia. Lugo-di-Nazza is crossed by the D44 road. 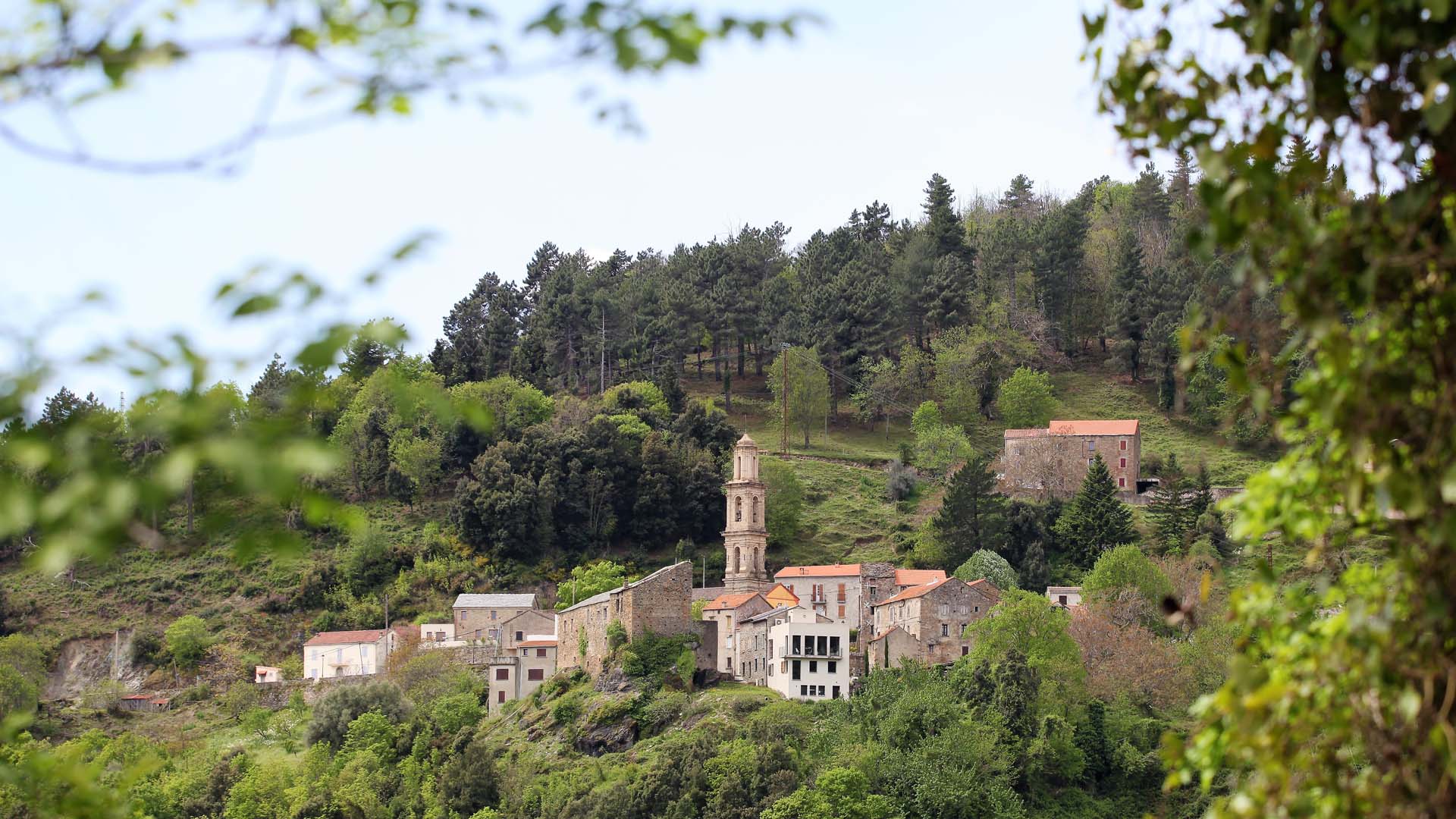