The catch and release angling area on Gravona is located at eight hundred metres upstream from the bridge of Vignale, about thirty kilometres from the city of Ajaccio. From Ajaccio, you must take the T 21 road and then the T 20 one towards Corte. Continue driving, leave behind you the statue-menhir of Tavera and do not hesitate to take a dirt road which starts near the road to Tavera. The access to the catch and release angling area is located at two hundred metres on the right, after the bridge of Gianulella.

The Gravona has its source at an altitude of 2110 metres and it flows from the centre of the island southwest to the Gulf of Ajaccio, it is 46.6 kilometres. Several torrents flow into this river and this is one of the reasons why the Gravona is home to several species of freshwater fish: carps, catfish, pikes, common roaches...
The catch and release angling area on Gravona begins at the confluence of the Gravona and the Erbajolo stream (340 metres above sea level) and continues for around two kilometres until the confluence of the Gravona and the Piana stream, near the hamlet of “u Ribonu” (390 metres above sea level).
This catch and release angling area was created with a view to repopulating Corsica's rivers. Please remember that fishing is allowed on the principle of "catch and release": all fish caught must be released back into the river.
The width of the river is about a minimum of four and a maximum of ten metres, the depth is about a minimum of 0.5 and a maximum of 1.5 metres. You could take a swim without problems because the water is calm and clear. 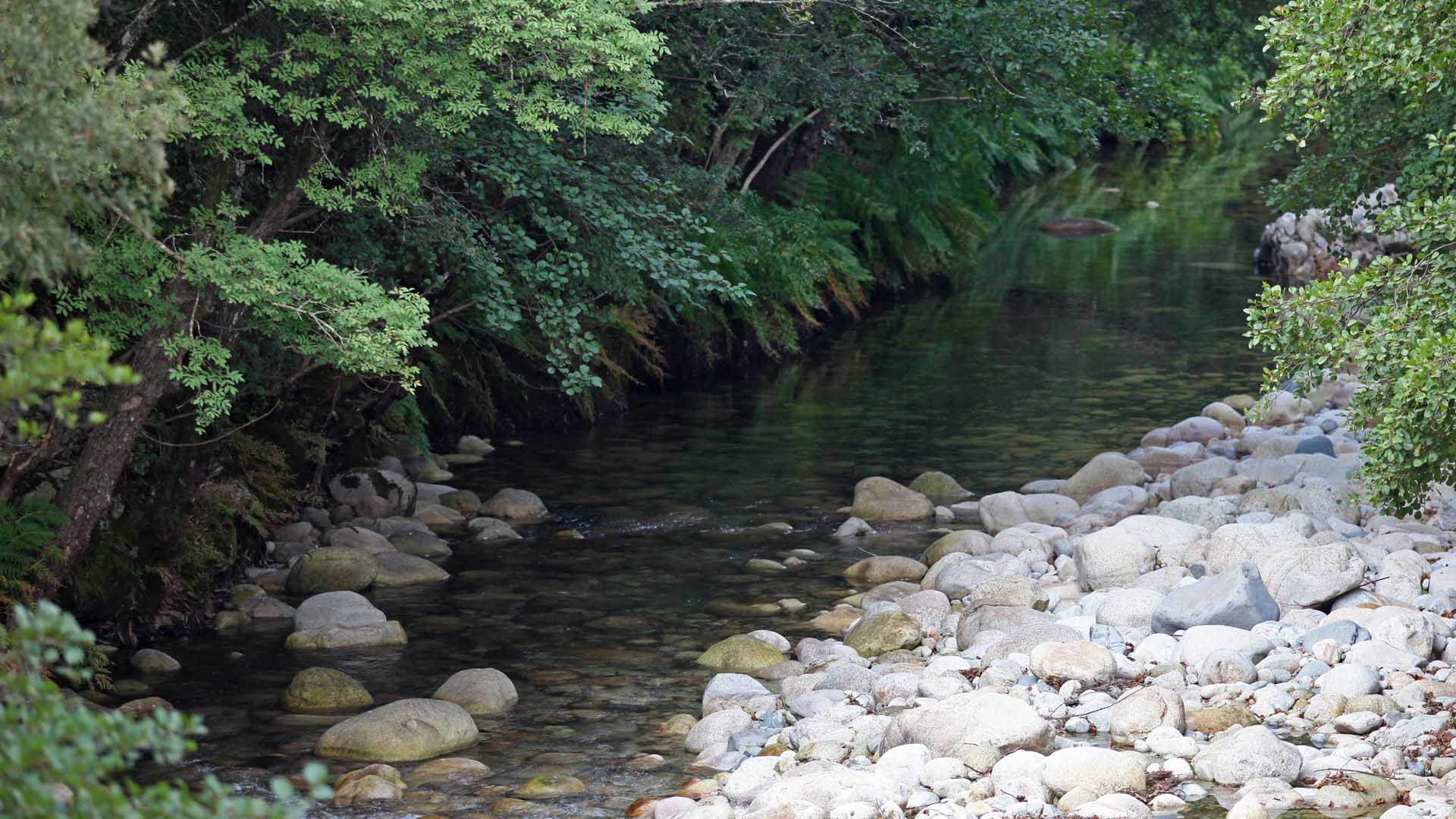