The conger eel is a snake-like fish that has no pelvic fins and caudal fin is barely distinguishable because it is an extension of the ridge. The conger is a predatory fish with powerful jaws, often noted by observers for its ferocity. Aristotle and Pliny the Younger both mention the conger as an aggressive predator. Hunting rather at night, they prey upon shrimp, octopus and other crustaceans or cephalopods. The conger eel lives in rocky areas, and the young are called "whips". 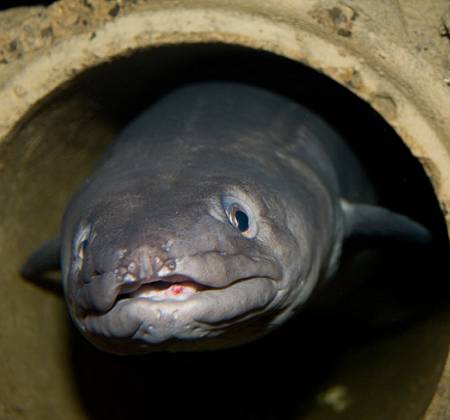