The cedrat is a fruit that is part of the family Rutaceae. This citrus fruit was given this name due to the thickness of the bark of the trees and the smell of cedar. Cedrat is a citrus fruit like lemon although it is nowadays much less used. Oval, bumpy and warty, the fruit can weigh up to 4 kilograms. Cedrat peel is mainly used in confectionery, pastries, liqueurs and sometimes in perfume. The cedrat was extensively cultivated in the late nineteenth century in Corsica, which had the largest production in the world. This production was mainly intended for Italy and for a local liqueur called Cedratine. Today the production of the fruit is very small. Cedrats are collected from September to November around the Mediterranean. 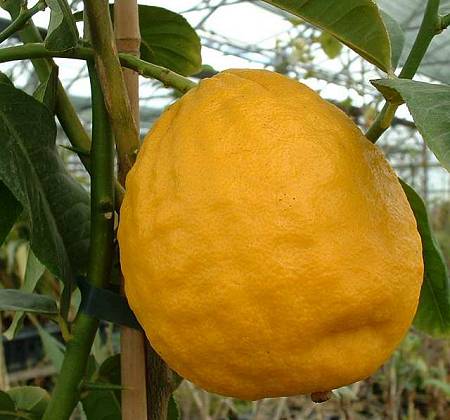