Agave is one of a variety of Asparagaceae, originally from the Western Hemisphere, including Mexico, Central America and Latin America. Acclimatized to the Mediterranean soil, agaves produce rosettes of leaves that are thick and full of sugar. From the same family as yuccas, agaves are also valued for their aesthetic appearance as houseplants. The agave flowers only once before dying: the plants are monocarpic. Their growth is slow, but some species, such as Agave americana, can reach 8 meters in height. 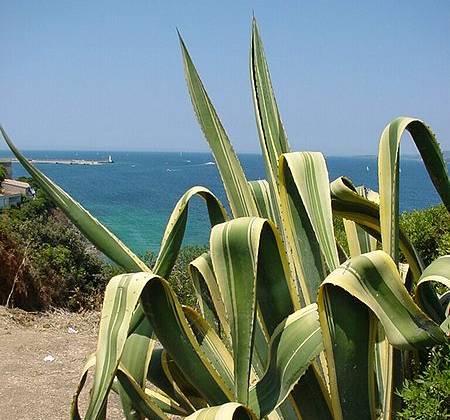