Departure from Corte
Take the RN200 towards Aléria, pass the aerodrome and turn left towards San Andra di Boziu. Follow the D214 which joins the D39, then the D339 until Mazzola.

Departure from Mazzola
Take the D316 to the San Pancrazio Chapel above Castelucciu.
Several trails start from the San Pancrazzio Chapel, including the Mare a Mare, which joins the village of Pianellu.

Itinerary
Follow the Via Romana, where a sign indicates the departure to the North. Bordered by walls, which were restored after collapsing, you can walk between these two impressive ramparts of ancient stones... Take the slight climb through a shady oak grove, which is very pleasant in summer. Continue to a spring, which may mark the end of the day's hike.
For those who wish to go further, it is possible to reach the plateau at an altitude of 1150 m, offering a beautiful view on the region. Be careful: Several hunting trails lead there but none are well marked. It is also possible to reach the village of Bustanico following the trail descending to the west, but the return goes upward. 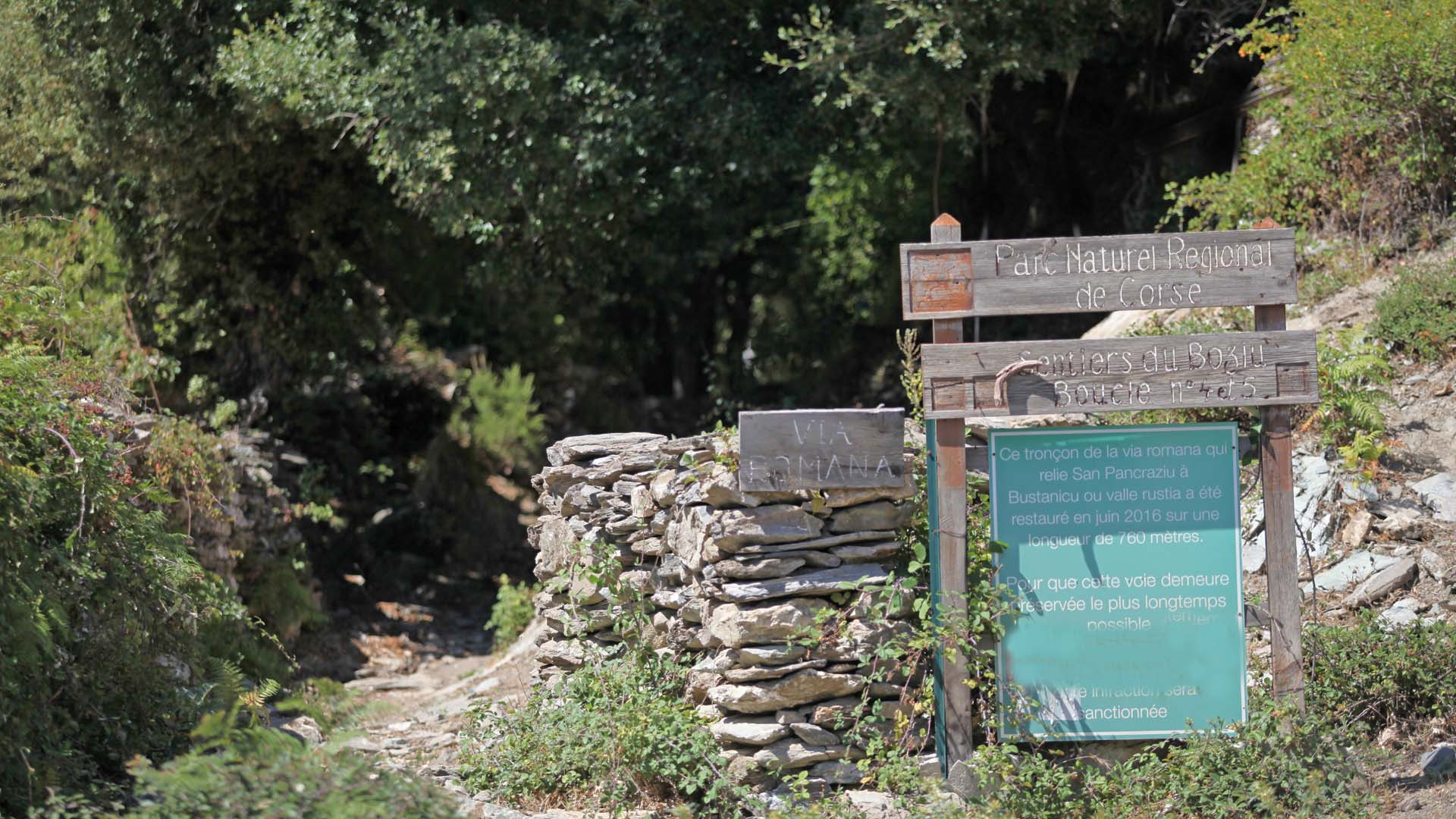