With its 300 meters in length and 90 meters in width, the Place Saint Nicolas de Bastia is one of the largest squares in France. Its name comes from an ancient chapel built in the eleventh century and demolished during renovation work on the esplanade. Place Saint Nicolas has a statue of Napoleon (1854), a bandstand (1907), and a monument to the fallen from the First World War. The Place Saint Nicolas, despite its martial monuments, remains a lively square, offering a magnificent view of the surrounding mountains and the Old Port. 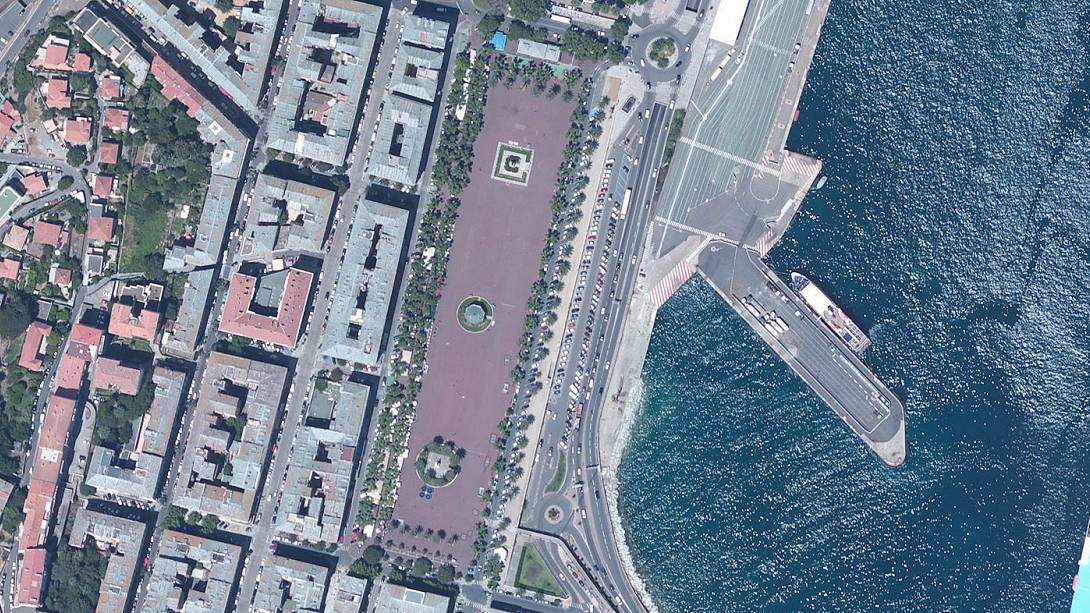