One nautical mile north of Barcaggio is Giraglia, a high, rocky (green prasinites and black shales), serpentine island of 9,645 ha rising to 66 meters above the Ligurian Sea.
It is a schistose island much less rich in species than the granitic islands.
A distance of 1,340 meters separates it from Corsica to its nearest point. This passage has an almost flat seabed about twenty meters deep covered with Posidonia plants.
During storms, their torn leaves come to invade the coast, including the remarkable Cala beach, east of Barcaggio. Sometimes, you can see large tonnage ships in this "channel".
Formerly a coral fishing center, the island's rare ecosystem is now protected by the Natura 2000 network, either by the "Cap Corse Nord", or by the coast between Centuri and Macinaggio including the islands Finocchiarola, Giraglia and Islet of Capense.
The decree of March 17, 2008, designating the Natura 2000 site, protects the flora and fauna that the island: birds, reptiles and amphibians.
The Giraglia island occupies a strategic maritime and military position in the Mediterranean.
Located at the tip of Cap Corse, right in front of a large traffic of ships passing through the Ligurian Sea and the Gulf of Genoa.
The island was occupied for centuries. In 1839, the building of the lighthouse of Giraglia began.
The wreck of a Roman merchant ship, discovered in 1988 between Corsica and Giraglia by Michel Oliva, was the subject of archaeological research between 1994 and 1999. 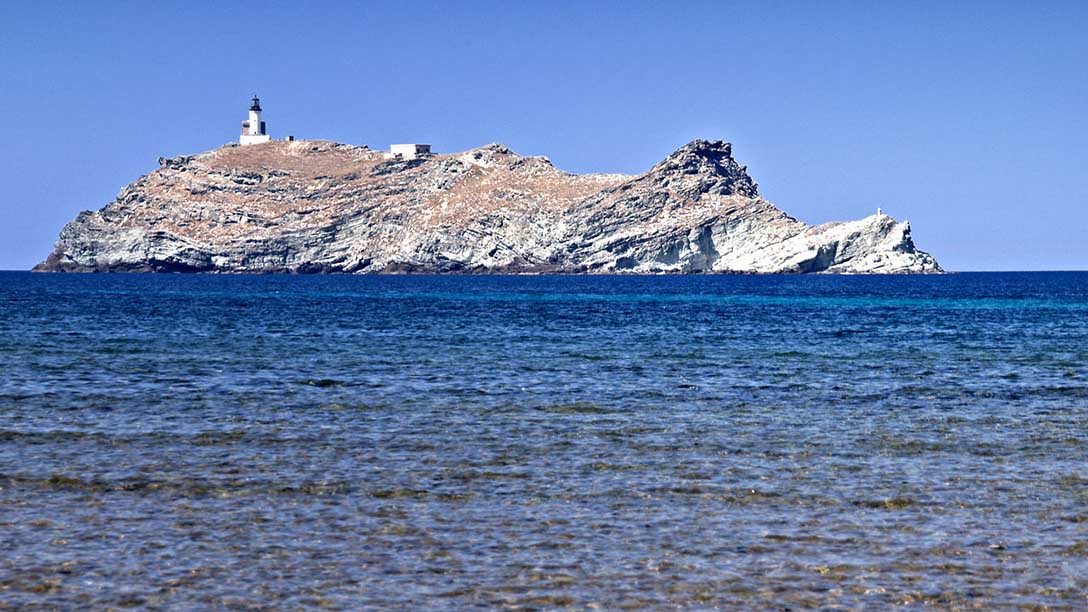