The Castagniccia region is located in eastern Corsica and doesn't have access on the sea. Characterized by the lush greenery of Monte San Petrone, it includes the valleys of Fium'Alto and Casaluna, and has five districts: Ampugnani, Casacconi, Orezza, Rostino and Vallerustie.
They are historically called the "cinque pievi", and were grouped together because they have always maintained very close relations and played a fundamental role in the history of Corsica in the eighteenth century, even if we do not know the exact origin of this denomination.
La Castagniccia constitutes the entire eastern flank of Corsica, and is a mountainous region with winding roads, covered with forests and streams, which takes its name from its precious resource: chestnuts. Its old villages, like La Porta, seem to be the portrait of eternal Corsica, bitter and proud, modest but generous...
The Golo, the longest river in Corsica, is the boundary of the micro-region to the north and west.
The Castagniccia is separated from the Tyrrhenian Sea by the "pievi di marina" (or more recently, Castagniccia maritime), which ensure a true landscape continuity until the plain: from north to south Casinca, Tavagna and Moriani.
To the south-east is the Alesani Pieve, which is sometimes included in Castagniccia.
To the south-west of Castagniccia, on the other side of the Caldane, there are two departments covered in thicket and chestnut trees on the valleys of Tavignano and Bravona: Bozio and Serra.
We suggest you begin the circuit through the Castagniccia region at the beginning of summer at the earliest, but it's even more beautiful in autumn. In the spring, the powerful chestnut trees have no leaves yet and are not very nice to look at. 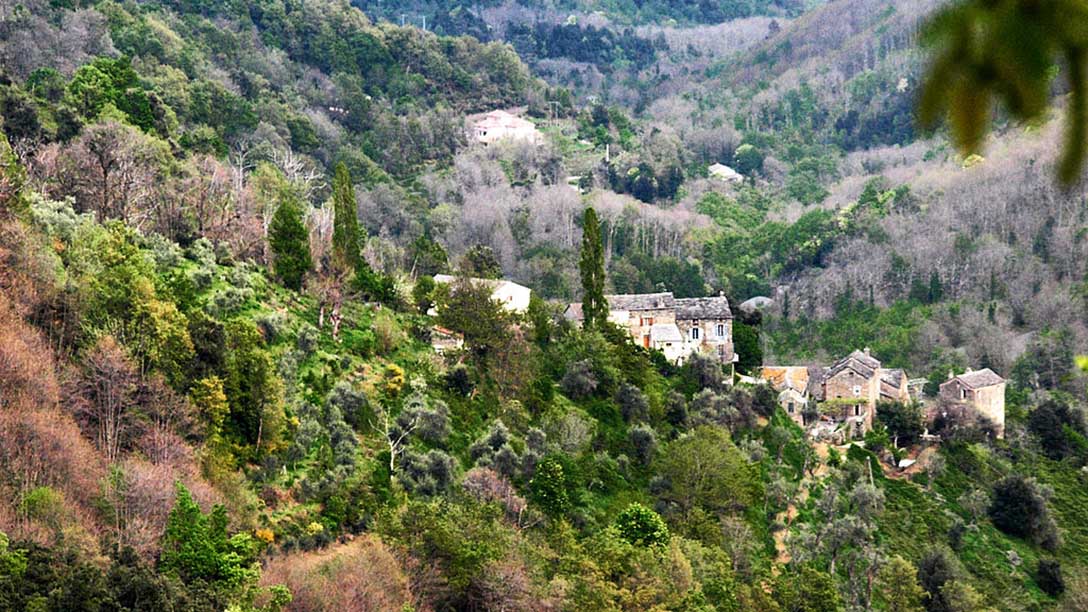