The Sanguinaires archipelago (Ìsuli Sanguinarii) consists of four islets of dark red porphyry at the entrance to the Gulf of Ajaccio. They are called Mezu Mare (or Grande Sanguinaire), des Cormorans (or Isolotto), Cala d'Alga (30 m) and Porri (31 m high). We must also mention the U Sbiru rock, located between the isola di Porri and the island of the Cormorans, which is 13 m high. The lighthouse of the Sanguinaires Islands, dating from 1870, is built on the highest point of the Grande Sanguinaire, 80 meters above sea level. There is also an old semaphore further south.
The Pointe de la Parata, in the Sanguinaires archipelago, is part of the Grands Sites de France network.
Natura 2000 site: Characterized by an austere and hostile appearance, the four islets are a classified maritime site, a haven for seabird species such as gulls and puffins, as well as a natural reserve for a rich flora and fauna of rare and endemic species. 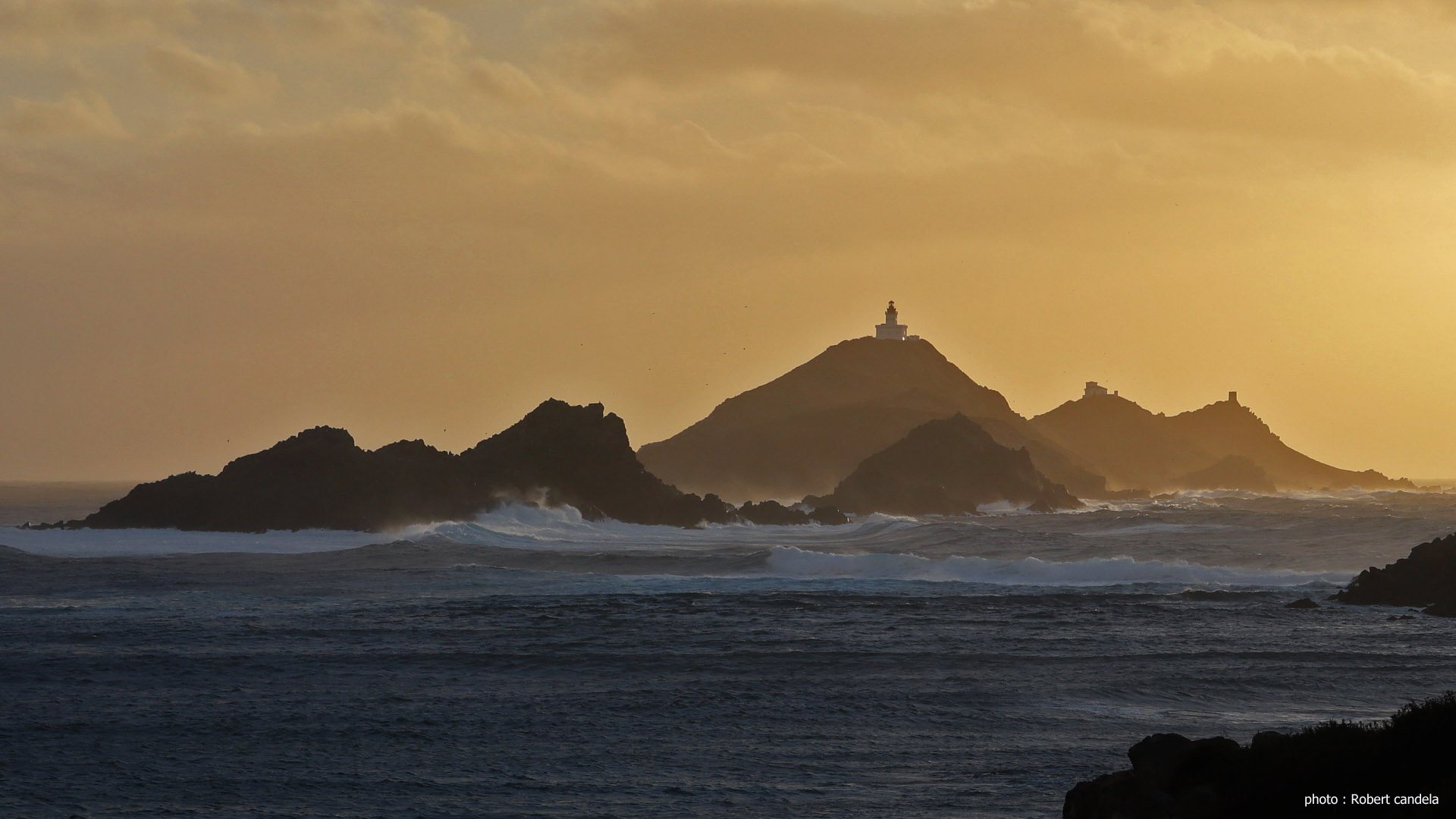