Around 1758, this city acquired historical importance thanks to Pascal Paoli, who created a port around a fortified city in order to weaken the Genoese activity of the neighboring ports of Algajola and Calvi. Today, Île-Rousse is the  third largest commercial port in Corsica after Bastia and Ajaccio.
The Place Paoli created in 1834 is a restful spot in the shade with century-old plane trees, watched over by the bust of Pascal Paoli.
This square has become the heart of the town with its Church of the Immaculate Conception inaugurated in 1893.
From this square an access leads to the A Marinella promenade which runs along sandy beaches.

The Île-Rousse covered market is located in a building dating back to 1844, and classified as a Historic monument since 1993. This monument is made up of 24 columns on which a wooden frame covered with tiles rests. 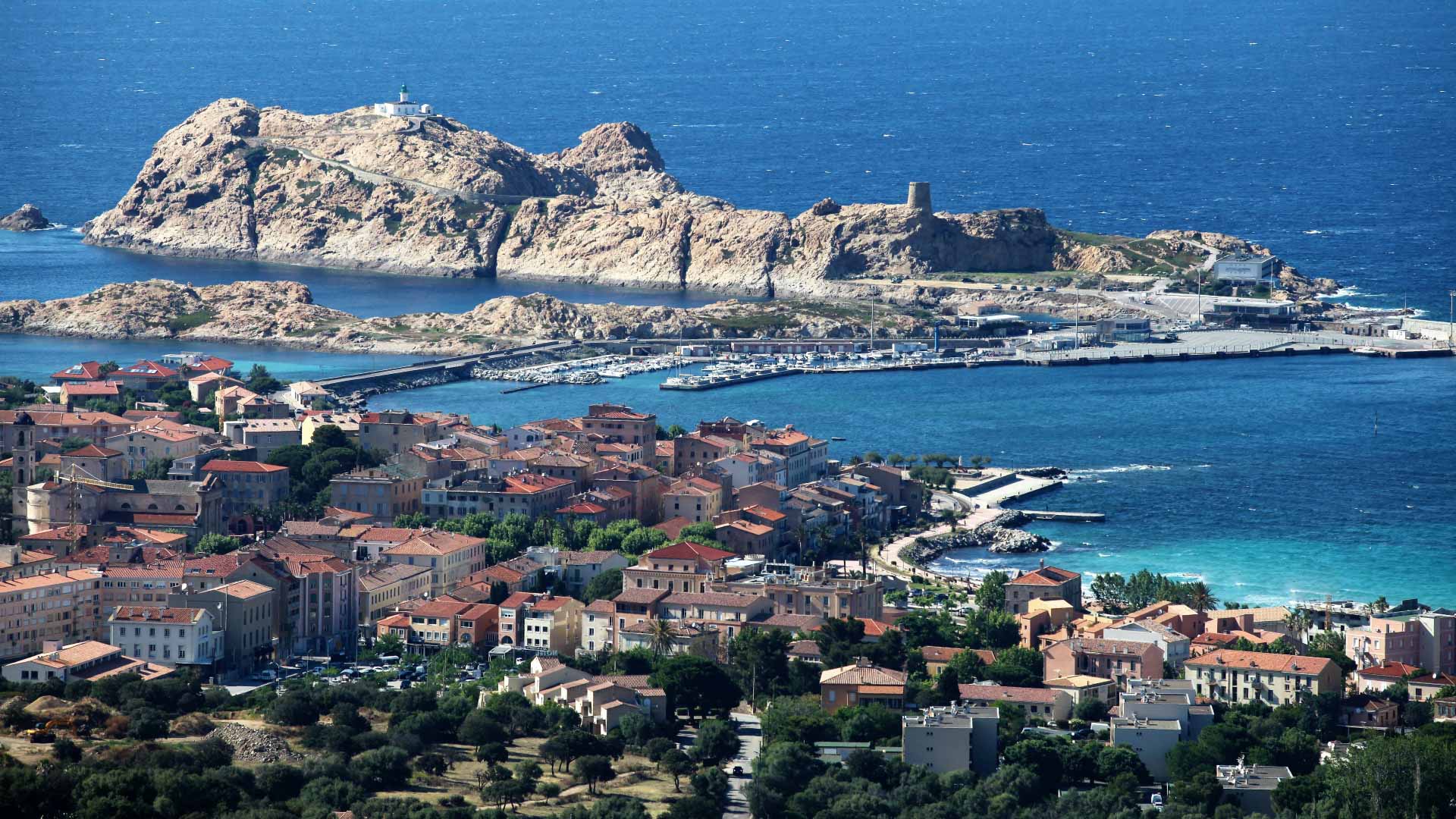