Difficulty: Easy, the path Mare a Mare is marked in orange
Type: Round trip
Duration: 1h40
Difference in height: 330 m
Access: Ania, Serra-di-Fiumorbu
GPS: 41.971798, 9.283804
Access by car
Go to Ania, in the Fiumorbu. At the roundabout of Migliacciaro RN98. For about 25 km, take these roads: D244, D145, D45 and finally D945. Park where you can in the village.
Itinerary
Take the road that goes up and follow the trail marked in orange. At the first bend, take the track that goes to Bocca Minagali. After 200 m turn left on the track signposted as "Sapara di Circinellu". You will pass a water tank and an unauthorized landfill site. Continue on the path that goes up to join and cut the trail until another sign saying "Sapara". You will then pass under old chestnut trees as well as in a forest of maritime pines. Turn right towards the cave, located on a rocky peak. Climb on the Castellu at 712 m, a peak with a view of the surrounding villages: Ania, Serra di Fiumorbu, San Gavinu, Prunelli, but also the whole valley that goes down to Ghisonaccia with the pond of Diana. The trail returns from the same way.
Nearby
A few meters away from this cave, you'll see the ruins of an ancient walled enclosure called "U Castellu" (The Castle), which dominates the valley of Abatescu, San Gavinu, Serra and Prunelli-di-Fiumorbu. 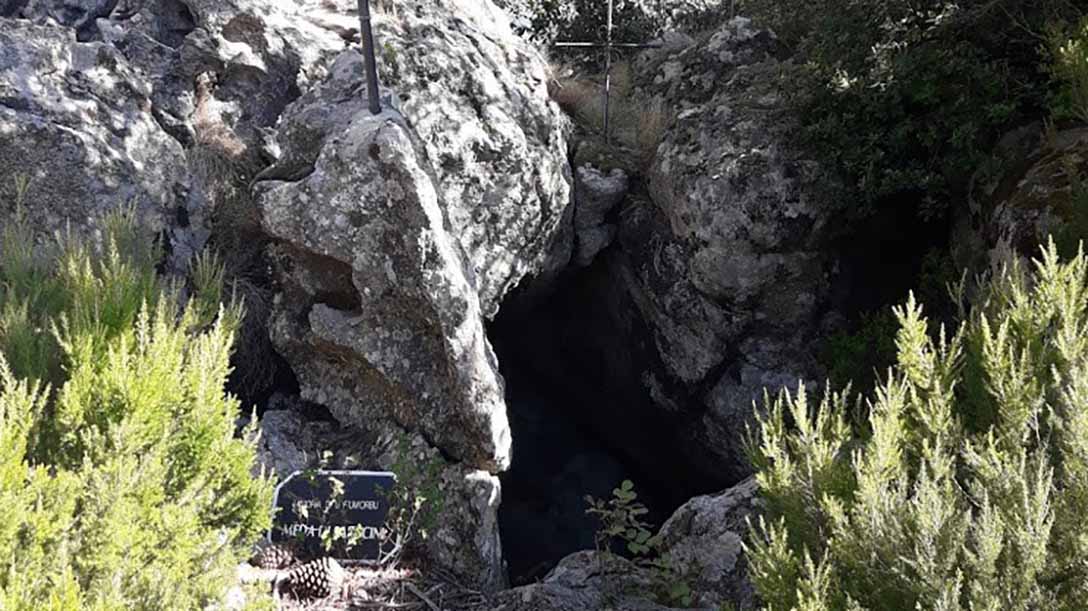