Giuncheto is located at 350 metres above sea level and is part of the ancient parish of Sartène. It is located in the middle of the Regional natural park of Corsica, in the middle of hills dotted with oaks, olive trees, mastic trees and lentisks.
The main river of the village is the Rizzanese – which flows directly into the Mediterranean Sea and which has its source between Punta di Quercitella and Bocca di Castelluciu, at an altitude of 955 metres.

It is known that this small village has an ancient origin, as evidenced by several archaeological digs and in particular by the site of Cauria. Unfortunately, Barbary pirates attacked the village several times during the 16th century and the area was abandoned for almost a century.

This village has some old granite houses with beautiful exterior staircases and bas-reliefs. On one of the houses bordering the street next to the church you can take a look at a bas-relief showing a crescent moon surmounted by a cross. This bas-relief could symbolise a marriage between a villager and a woman of Arab origin (or vice-versa) or the victory of the Catholic church over Islam. On the most important square in the village, on one of the lintels of a house you can see five 'F' engraved. This is the abbreviation of a protection formula that was very popular during the 18th-century, but whose origins are rooted in Roman mythology: "Furtuna Fami Fà una Felici Fini" (Fortune let me die happy).
Art lovers can also visit the parish church of St Peter and St Paul (17th century) and the oratory of St Anthony (17th century).

Giuncheto is located at 11 km from Sartène, at 54 km from Porto-Vecchio and at 89 km from Ajaccio. This village is crossed by the D165 road. 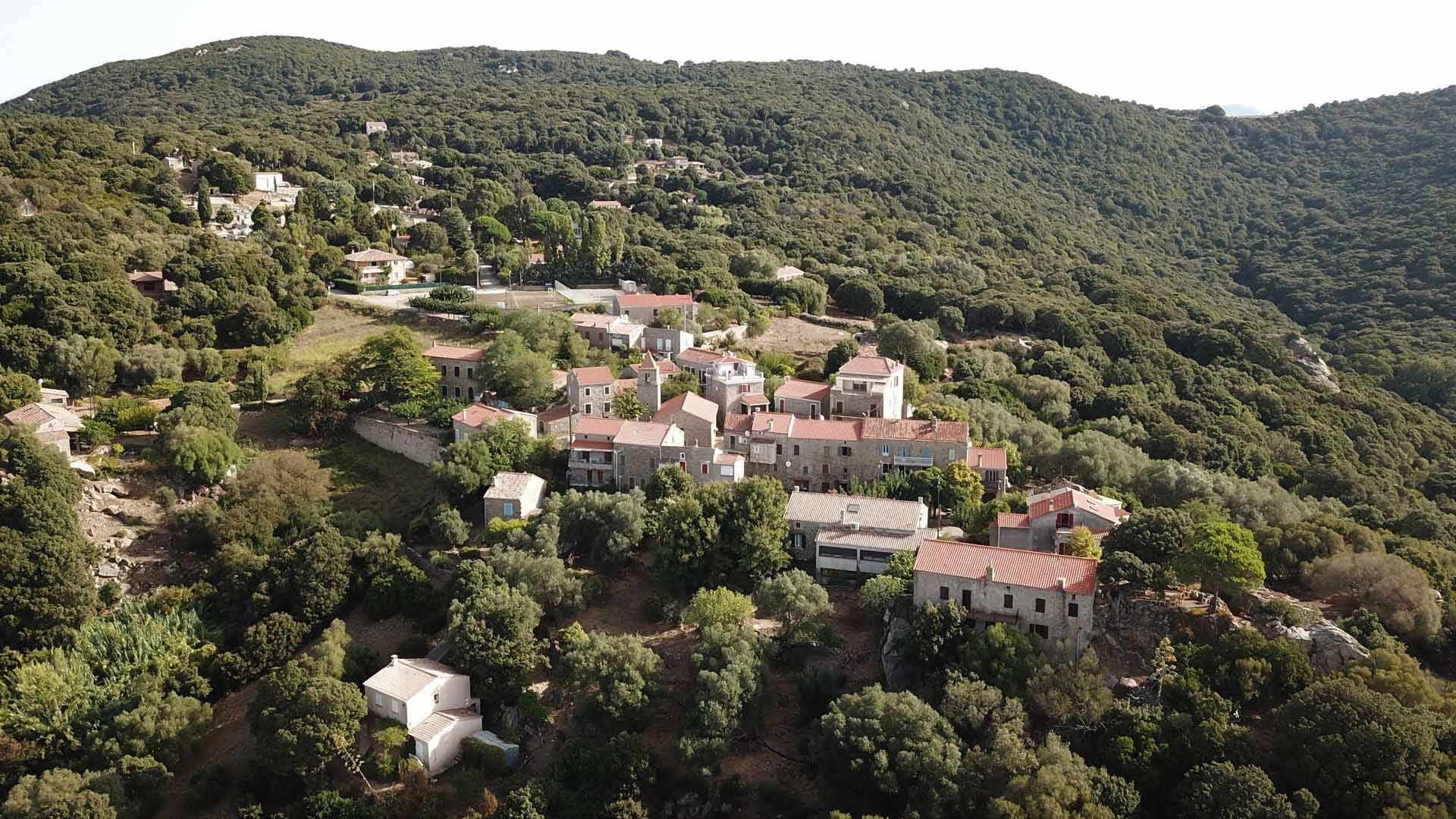