Giungaggio is located at an altitude of 600 metres and belongs to the ancient parish of Rogna in Upper Corsica. It is a village surrounded by medium-sized mountains and has no seafront. Despite its altitude and the presence of the mountains, Giuncaggio enjoys a mild climate due to the nearby presence of the Mediterranean Sea.

This village is part of a natural area of ecological, faunal and floristic interest, Basse vallée du Tavignano. This river is the longest in Corsica after the Golo and is home to the freshwater blenny, a fish that can be found only in the freshwater of Southern France and of Corsica.

Inside the village you can visit the parish church of San Biagio (17th century), which has been completely renovated thanks to the committee for the restoration of the church of Giungaggio. Not too far from Giungaggio you will run into the ruins of the old chapel of St. John the Baptist (12th century), covered by ivy. If you like hiking, you can run into the ruins of ancient villages that are now completely abandoned: such as Figa, Calane and Campo di Vindico – where the ancient thermal baths of Puzzichello are located.

To reach Giungaggio you must take the D414 road which ends in a cul-de-sac in front of the cemetery. This village is located at 35 km from Corte and at 81 km from Bastia. 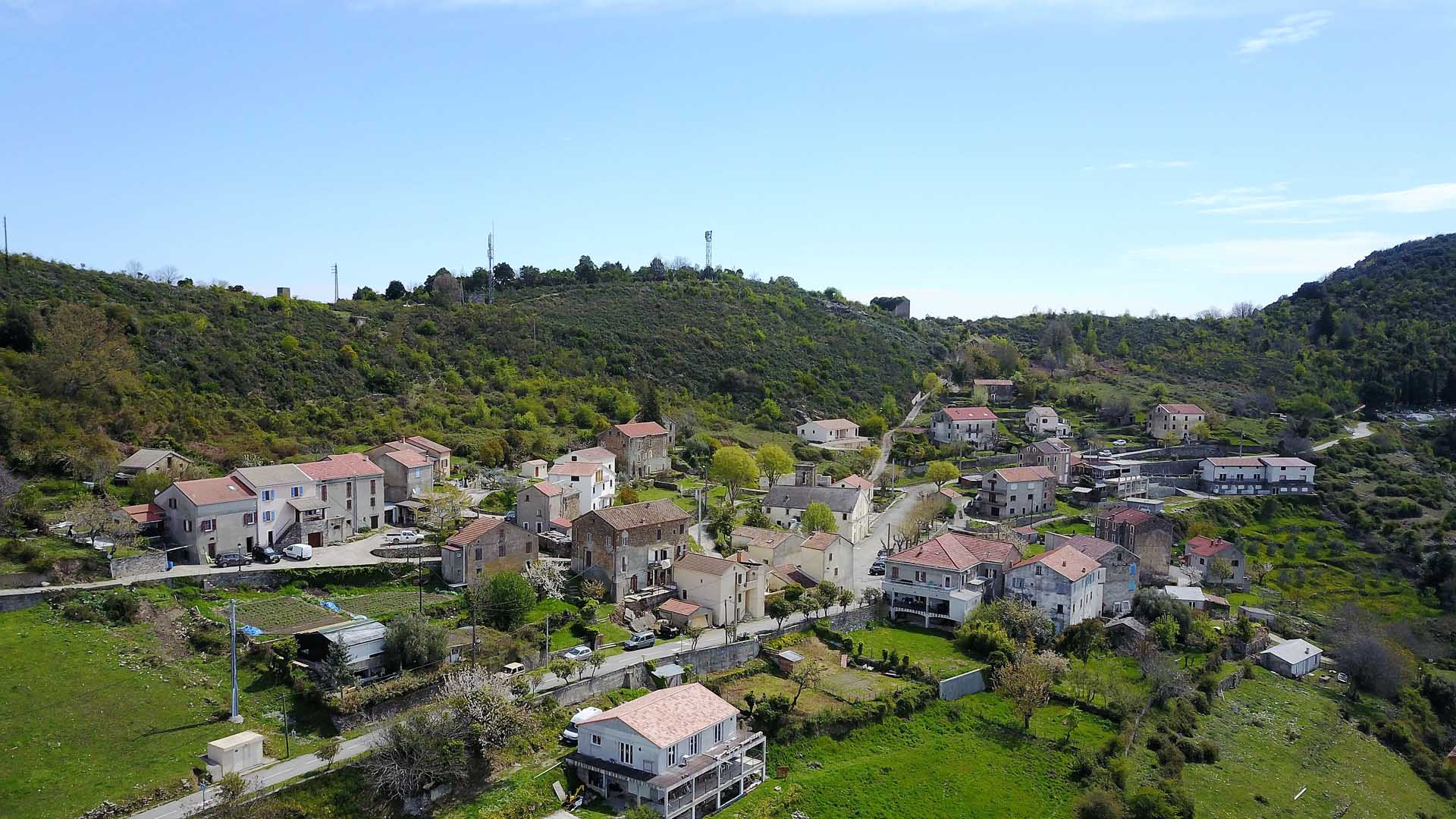