Frasseto is located at 720 metres above sea level and is part of the ancient parish of Ornano. It is a village surrounded by medium-sized mountains and it is an excellent starting point for many excursions. The village is not well exposed to the sun. The location of the village is not attractive during the winter, but during the summer it becomes a real advantage: Frassetto is one of the few inland villages that is not too hot during the summer.
Frasseto is part of the regional natural park of Corsica.

This village was the home of the Antona brothers, whose story remains in the memory of the villagers. At the beginning of the 19th century, a vendetta saw the Antona family against the Franceschi one. The Antona brothers were blinded by their desire for revenge and not only they killed, ripped the hearts out and hanged the corpses of three members of the Franceschi family, but they also raped and killed a young girl. The Antona family, shocked by so much violence, repudiated the three brothers who in the end were shot by the gendarmerie, after fifteen years of violence and after having caused twenty deaths in a community with a one-time population of 250 inhabitants.

Art lovers can visit the parish church of the Holy Trinity (19th century), which was built on the foundations of an old building. The campanile was built by the architect Bartolomeo Maglioli and by the mason François Vesperini.
You can also take a look at the fountain of Centuliri – which is located on the square at the centre of the village – and at the beautiful fountain of U Pozzu.

Frasseto is located at 39 km from Ajaccio, at 56 km from Sartène and at 80,5 km from Cargèse. This village is crossed by the D83 road 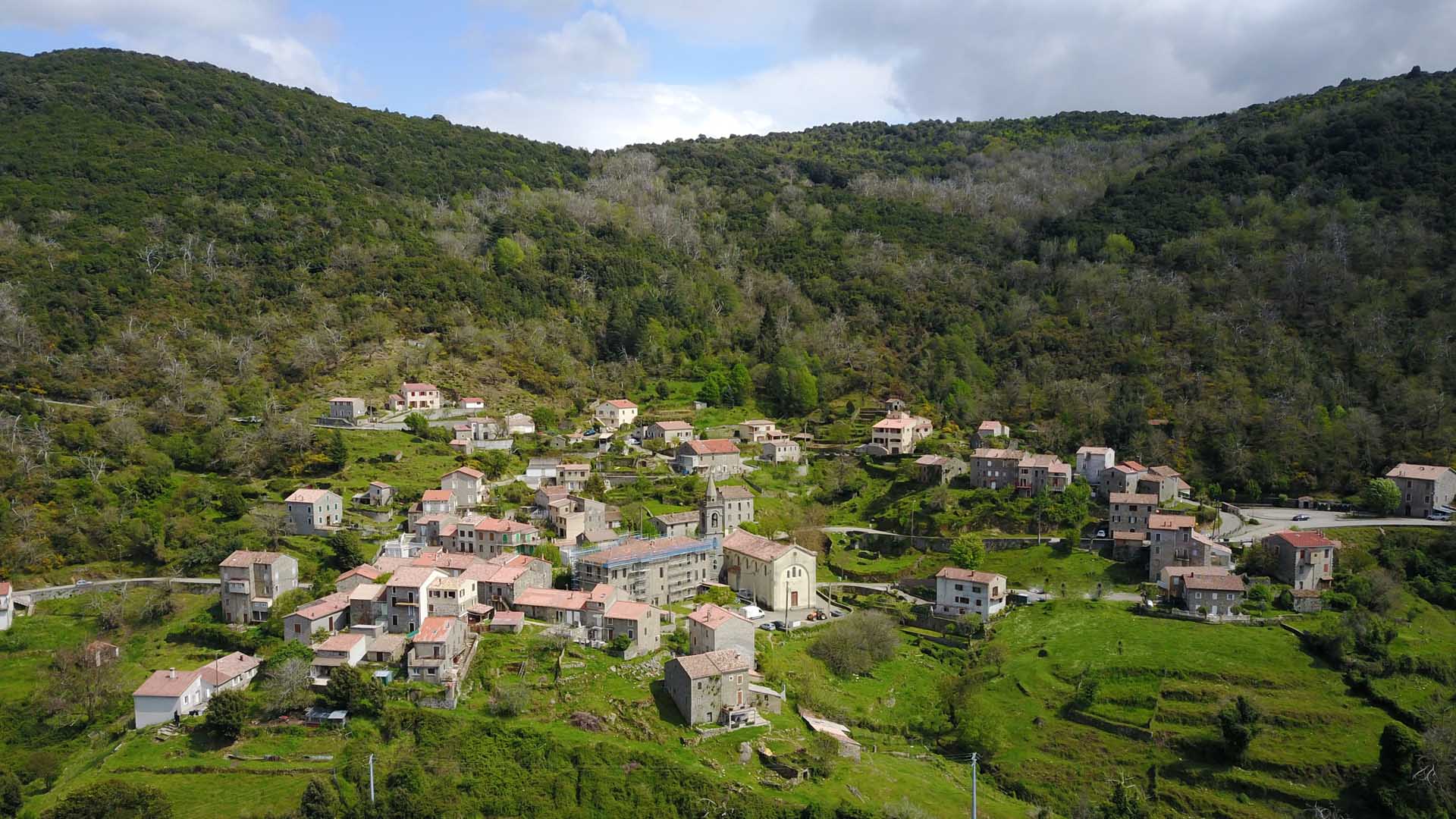