Erone is a small mountain town of 7 inhabitants, according to the last census in 2017. This municipality is the least populated on the island. Its territory covers a small area of 3.89 km2, at 780 meters above sea level. The closest municipalities are Rusio, San Lorenzo and Cambia.

The village is made up of old houses from the 18th and 19th century, and chestnut dryers. The Romanesque parish church is about 250 meters from the village.

The town once had an agricultural and industrial activity on its territory, as testified by the presence of 4 ruined water mills dating back at the latest to the 19th century on the banks of the Casaluna river. 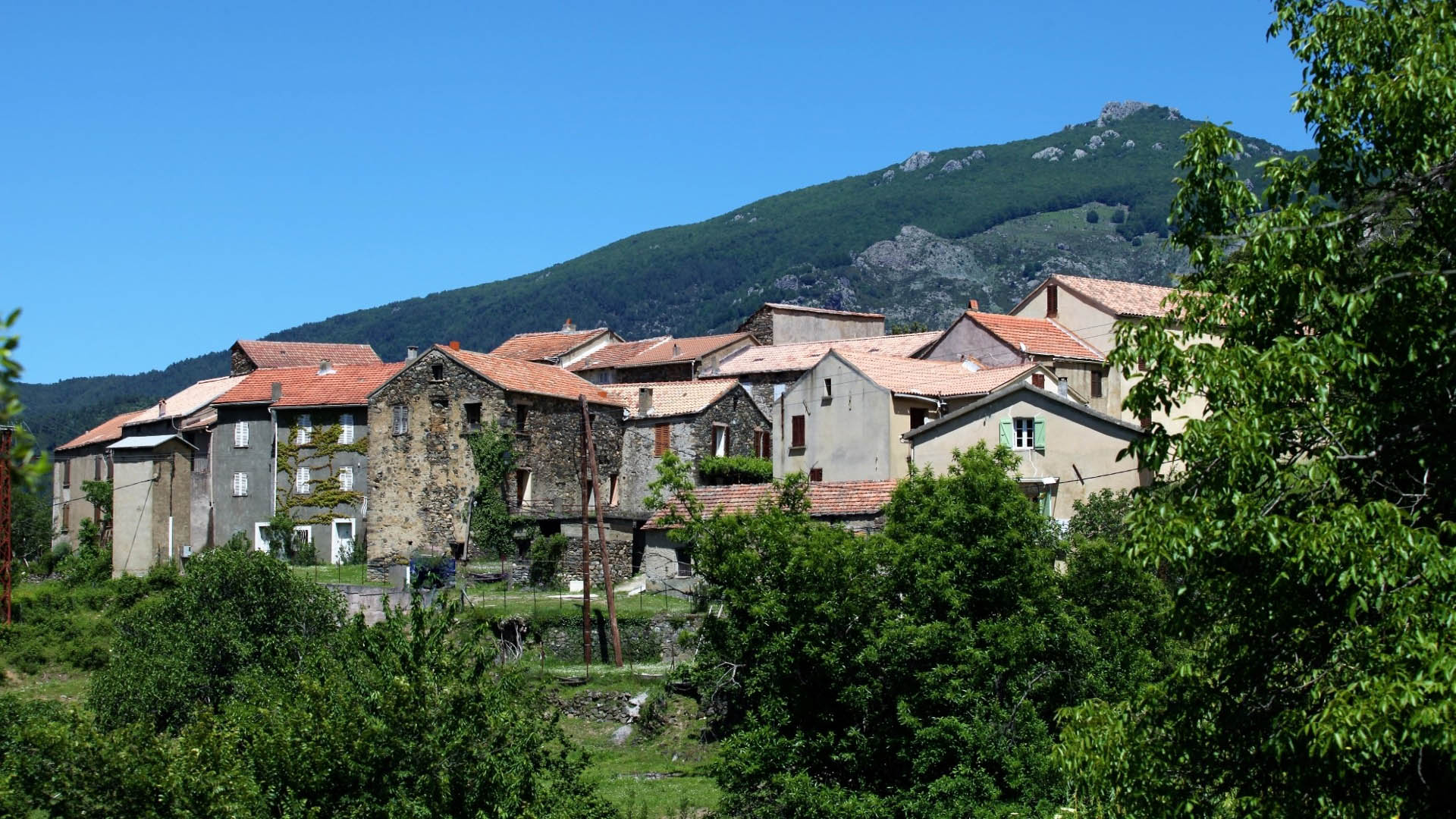