Built on a height which dominates the plain, when you arrives from Bastia by the pass of Teghime, it is the first building you'll see on the road towards Saint Florent.
This church overlooking the wine village of Patrimonio has been listed as a Historic Monument since December 9, 1939.
It was built in ocher stone in 1653 and remodeled in the 19th century, when the height of bell tower was increased.
You can still see today the holes that were left by the scaffolding built for the construction.
The church houses 2 paintings classified as Historical Monuments: "The Virgin and Child between St. Lawrence and St. John the Baptist" by Badarocco, dating back to the first half of the seventeenth century, and "The apostles around the sarcophagus of the Virgin" by Lanfranco, a former altar table. 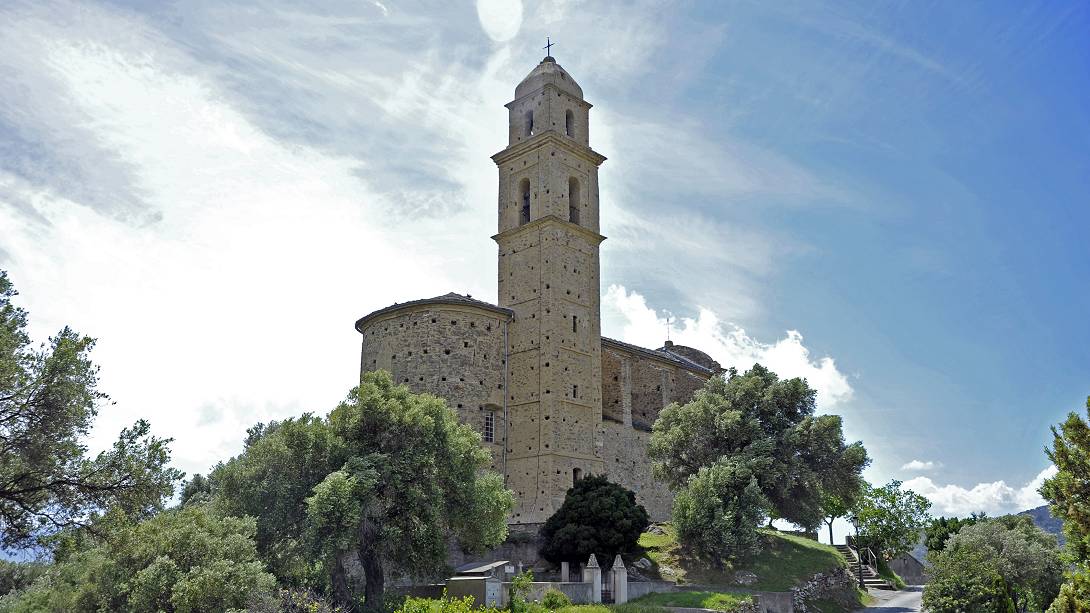