The church of Sainte-Julie was transformed almost entirely between 1854 and 1872, and in 1893 a bell tower was added.
The church, listed as a Historical Monument, has a polychrome marble altar from 1694, a painting of Saint Julie from the sixteenth century and several statues.
According to the legend, after Saint Julie was crucified by the Romans, her sliced breasts were thrown against a rock from which a spring arose. This miraculous spring is located on the road to Nonza, and is accessible by a 54-step staircase.
The spring is the subject of pilgrimages, and a chapel was built to welcome the pilgrims. 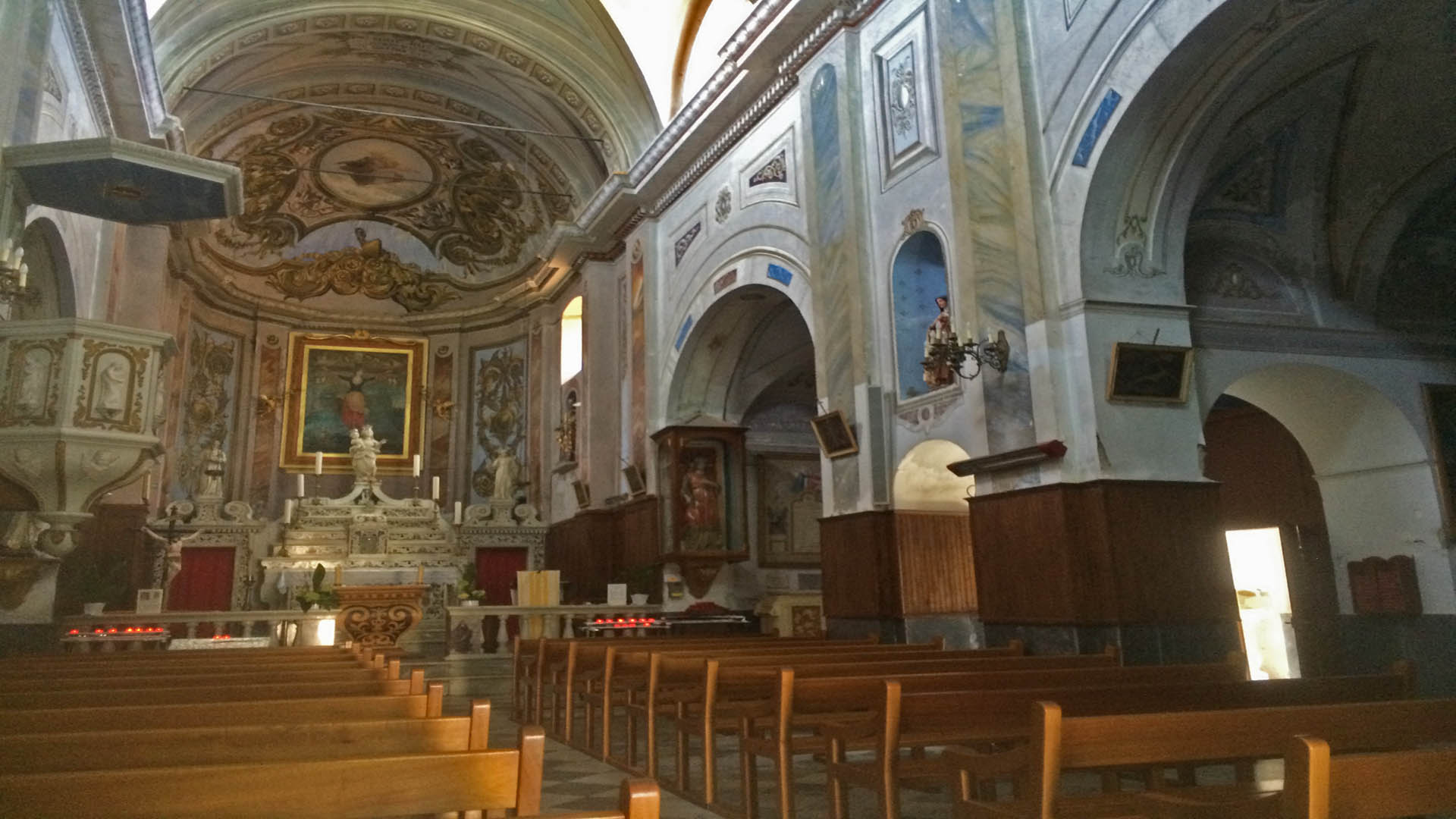