The church of St. John the Baptist (1636-1666) is a model of classical architecture, with a baroque rich interior.
The rare marbles, the golden stuccoes and decorations, and the trompe l'oeil paintings offer a sumptuous view.
There are also remarkable pieces, such as a papier-mâché Jesus of the seventeenth century, an organ of the eighteenth century, and the painted vault of the nineteenth century.
The bell towers of the church, made by a Swiss master mason (Tomaso Quadri) and an architect from Bastia (Paul Augustin Viale), were added later. It is a very popular place during the feast of St. John, celebrated in a profane manner with the "fugare" (Saint John's bonfires) and also with masses and processions.
The Oratoire de la Confrérie de la Sainte Croix (15th century) is a Rococo style monument: graceful and exuberant. It houses the Christ Noir des Miracles, celebrated on May 3, whose relic is a crucifix found in 1428 at sea.
During the procession, the fishermen, the brotherhood, and the faithful walk to the Old Port to celebrate the "blessing of the sea". In 1931, the Oratoire de la Confrérie de la Sainte Croix  was classified as a Historic Monument. 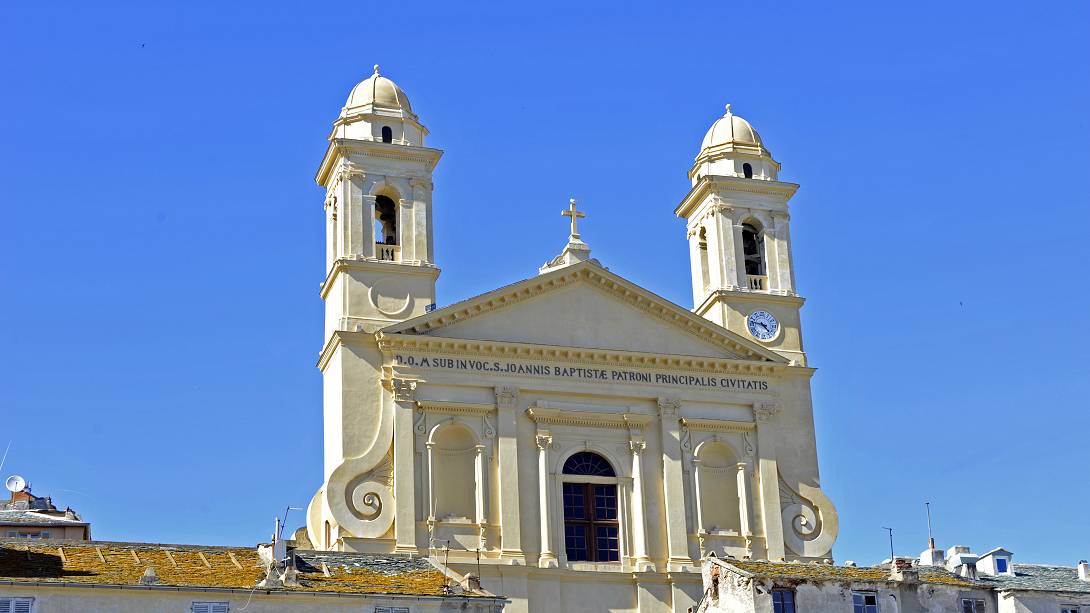