Coti-Chiavari is located at an altitude of 460 metres and is part of the ancient parish of Ornano. It is a village surrounded by medium-sized mountains, from which it is possible to reach several peaks: Punta di a Chiappa Rossa (623 m), Punta di a Caraponu (624 m), Punta di Malamatina (632 m), Punta di Pinselli (603 m) and Punta di a Saina (648 m).
The vegetation of Coti-Chiavari is very dense: two forests cover the eastern part of the village: the forest of Chiavari – where you can find the old penitentiary which is part of the General inventory of cultural heritage – and the forest of Coti-Chiavari and Frassetto.
The main watercourses of the village are the Butturacci – which flows directly into the Mediterranean Sea – and the streams of Tenera and of Vesco Vecchio.

Coti-Chiavari is located at 38 km from Ajaccio, at 47 km from Sartène and at 78 km from Cargèse. This village is crossed by the D55 road. 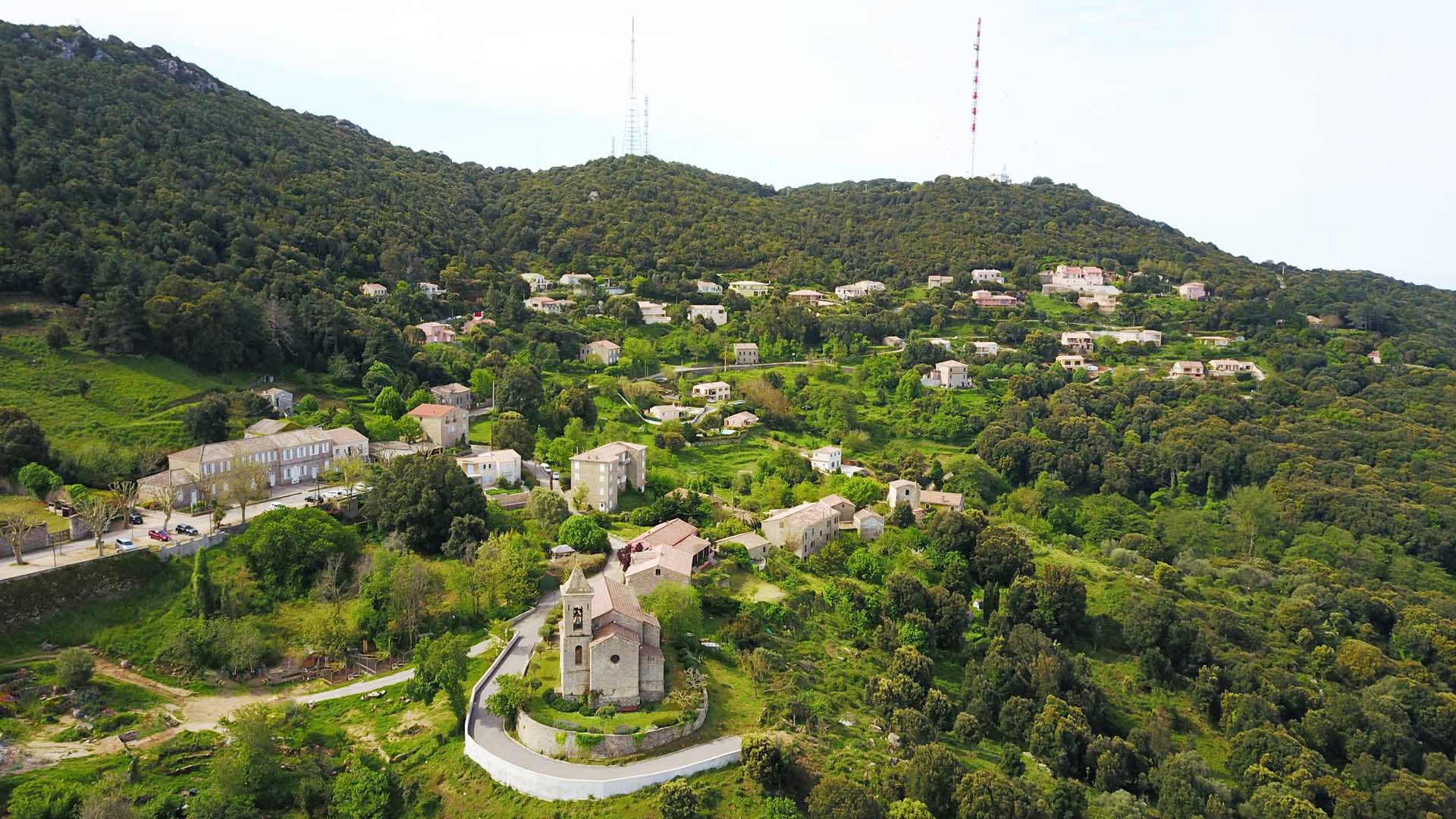