The Oratory of the Brotherhood of the Immaculate Conception was completed in 1609. The nave is richly decorated with gold gilding, marble, velvet and intricate woodwork. It is in this Oratory that some major political events took place, including the Anglo-Corsican Parliament 1794-1796, during the reign of King George III of England. The entire exterior of the Oratory is covered in white marble, with the exception of the older baroque portal (1704) made from Carrara marble.

The first Oratory of the Confraternity of St. Roch (established in 1588) was built in 159*. It was later rebuilt in 1604 with major architectural changes. The processional statues of St. Roch and St. Sebastian are at the heart of the oratory. But there are alos many other marvels: a master altar carved in Bastia in 1692, the Gilded organ dating from 1750, the ceiling fresco in trompe l'œil. The exterior of the present Oratory is built in a neo-classical style with Tuscan columns supporting a pediment. The grand entrance portal is made from white marble decorated on top with pilgrim's shells, carved in 1850 by Giuseppe Bertolucci. 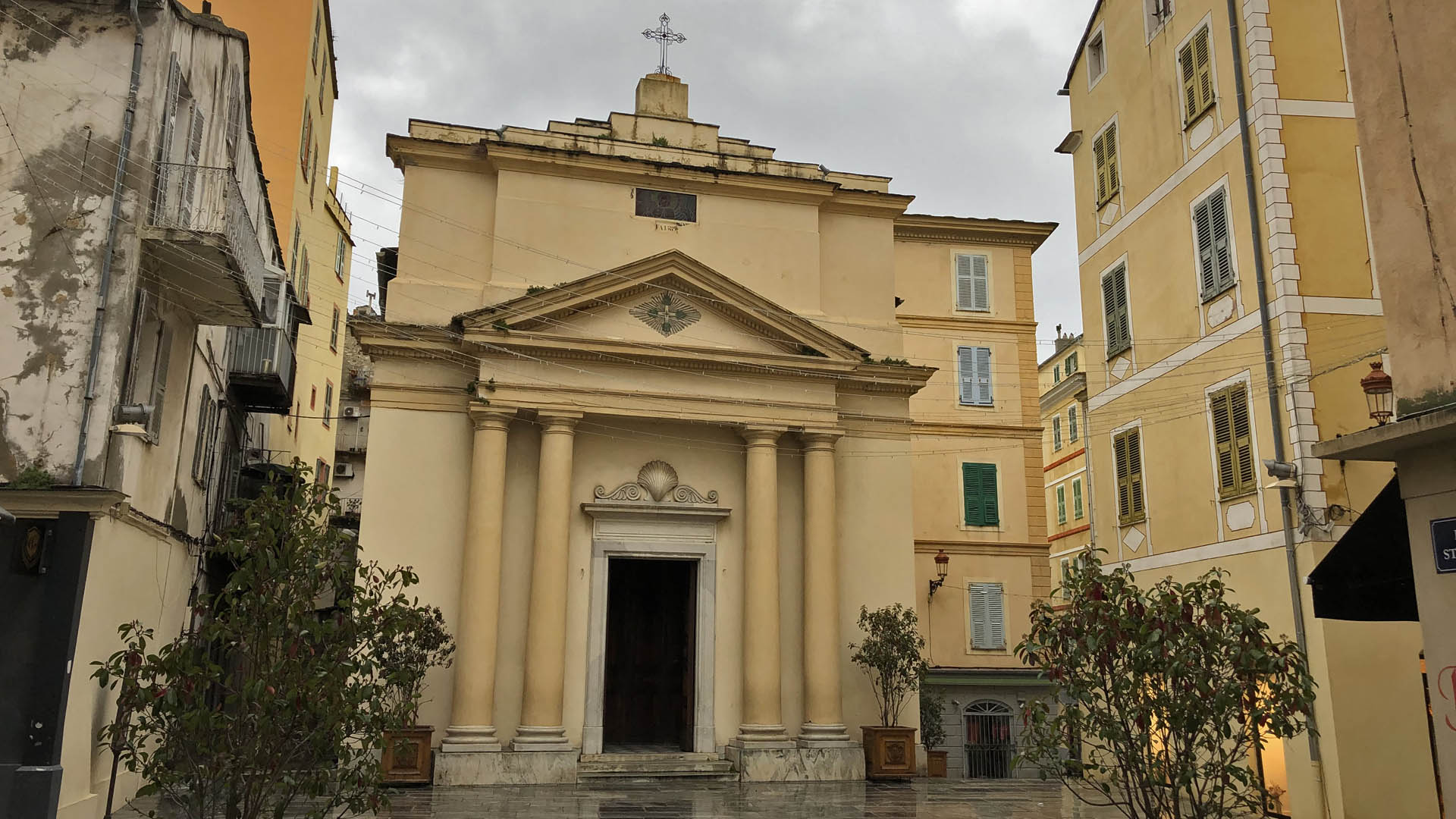 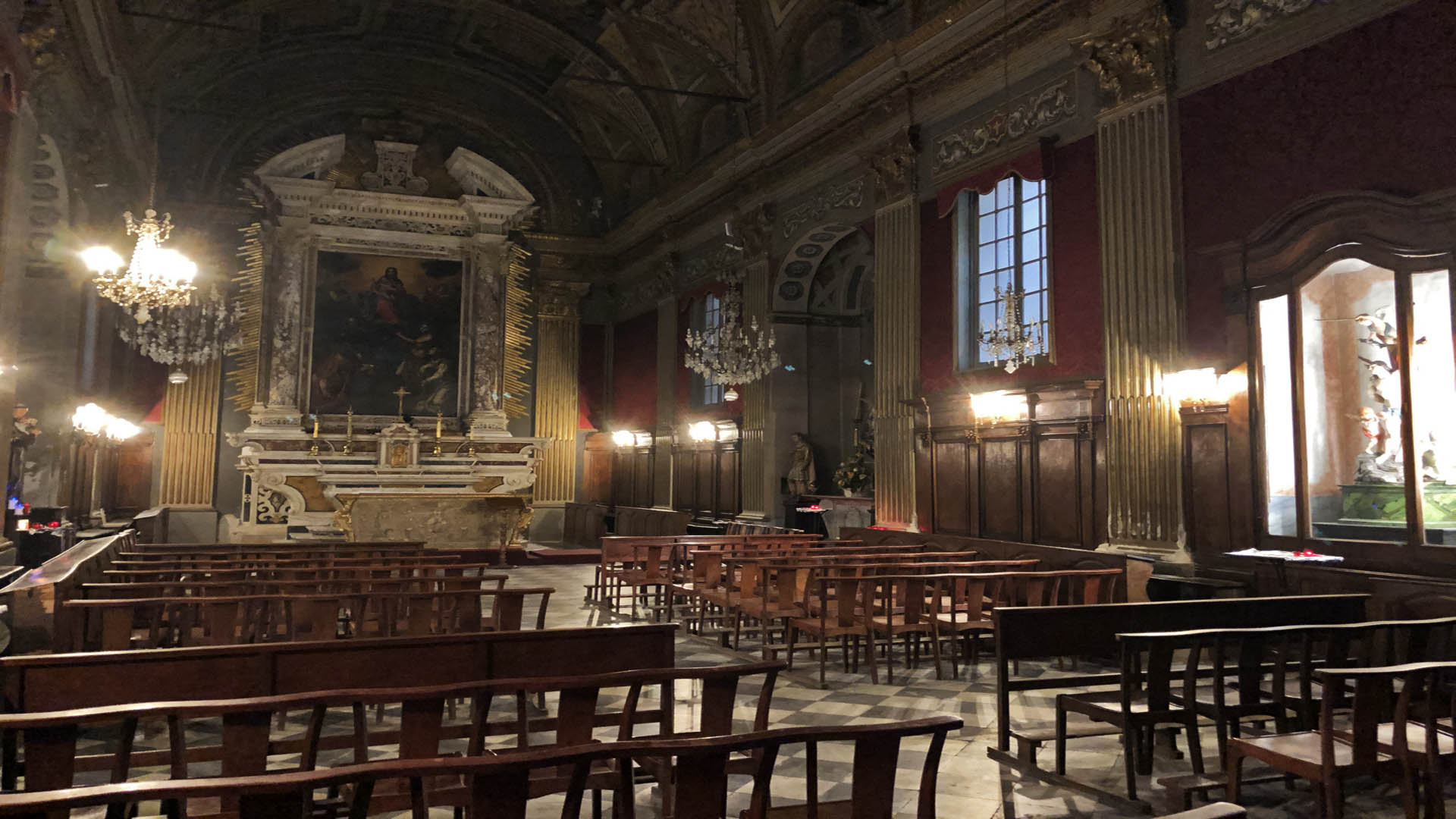