Ciamannacce is located at 790 metres above sea level and is part of the ancient parish of Talavo, of which it is said to be the most ancient village. This village is surmounted by medium-sized mountains: Ciamannacce shares with the village of Bastelica the ski resort of Val d'Ese. The slope of Cupperchiata allows you to reach Ciamannacce with your skis on! The vegetation is very green and dense. The main watercourses are the Ese – a tributary of the Prunelli – and several streams such as the Biancone, the Catarazzi and the Porcellardu.
This village is composed of several hamlets, the most important of which are Castaldo, Parata, Perigino and Quarceto.
This village is part of the regional natural park of Corsica.

This village has a rather ancient history and was one of the protagonists in the fight against the Republic of Genoa. At the beginning of the 16th century, the inhabitants of Ciamannacce fought at the side of Rinuccio della Rocca (1458-1511) against Genoa. Unfortunately, Rinuccio was murdered by order of the admiral Andrea Doria and the inhabitants of Ciamannacce were pursued and slaughtered.
A few decades later, Ciamannacce gave birth to Orsaltone Renucci – a captain who married one of Sampiero Corso's sisters – and who fought against Genoa for a long time.
From the 18th century to the beginning of the 20th century, the history of Ciamannacce is linked to bandits and vendette: even today, the marks of a few bullets are clearly visible in the village.

Art lovers can visit the parish church of the Annunciation (20th century) and can admire several artworks including a tabernacle dating back to the Italian Renaissance and several frescoes dating back to the 16th and 17th century. You should also visit the chapel of St Lucia, which was the parish church of the village and which is built near a spring considered miraculous. This spring was an important pilgrimage site and attracted many visitors who came on pilgrimage to cure their eyesight problems. Today this spring flows from a beautiful granite fountain that has recently been restored.

Ciamannacce is located at 63 km from Ajaccio, at 71 km from Corte and at 80 km from Sartène. This village is crossed by the D28 road. 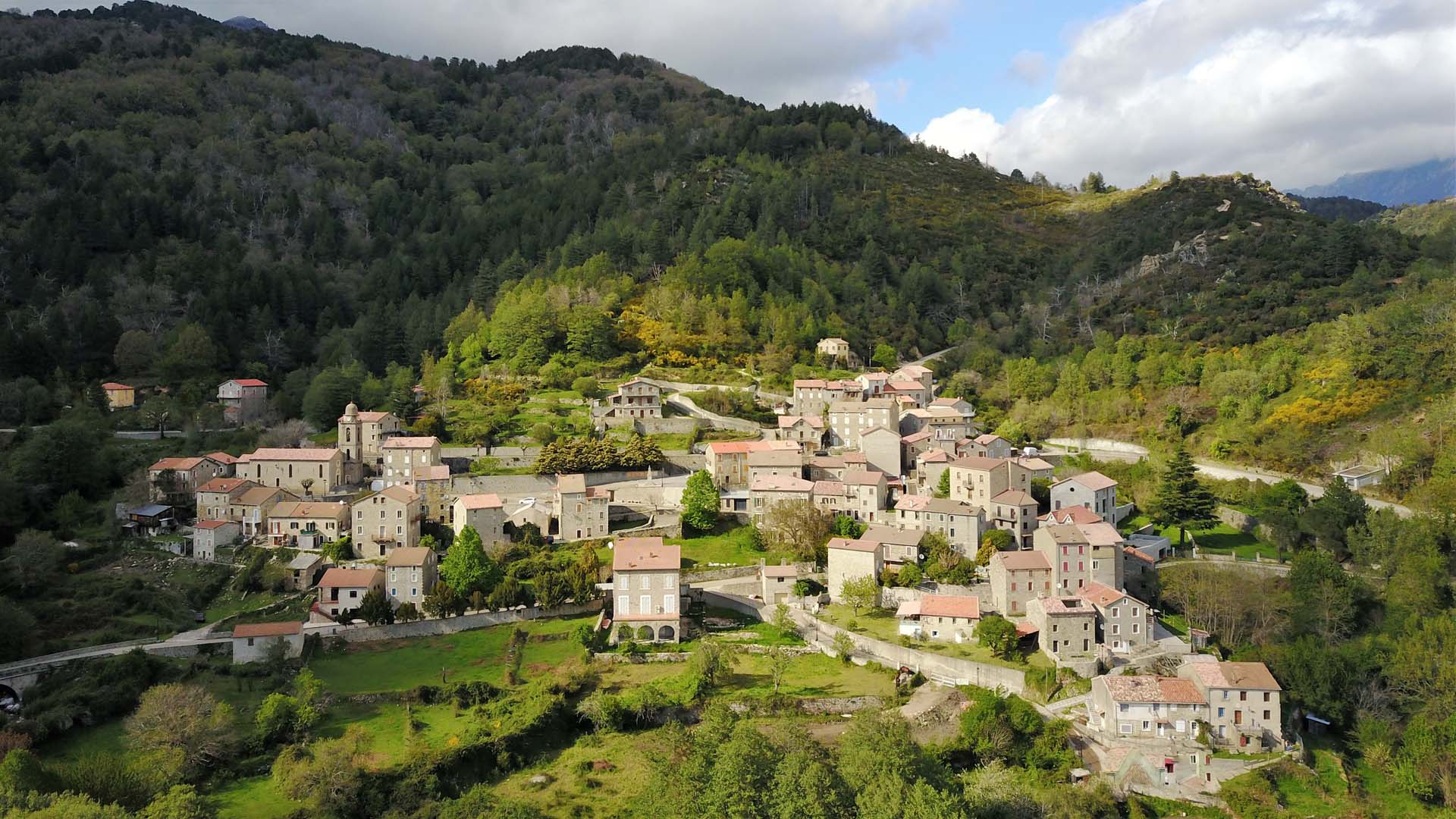