Located in the south of the department of Haute-Corse, Chisa is in the heart of the Monte Incudine massif, on the middle-high course of the Travo river which crosses it from west to east. The village is hung on the mountainside. There is only one road to Chisa: the 645, which goes up the Travo valley, following the river to the Ghjineparu bridge.
Near
⦁ The Monte Incudine (2134m): the main peak of the south quarter of the island, it is the culmination of the Travo Valley and the massif. Although located in Corse-du-Sud on the borders of the municipalities of Zicavo and Quenza, it is from Chisa that the Incudine is the closest.
⦁ U Saparghjoni ("big cave"): the cave of one of the last bandits of honor.
⦁ San Ghjacumu Church
⦁ The sheepfolds of Agnu, south of Chisa, accessible by a beautiful track and then via a footpath.
History
Chisa only became a town in 1947. Previously, it was a hamlet of Ventiseri. During the Second World War, Chisà was a hotbed of resistance. After his escape from Prunelli, Paul Giacobbi, will be hidden by the inhabitants of the village. After the war, it will express its gratitude to the inhabitants of Chisà, obtaining that their village receives the statute of municipality, independent of Ventiseri in December 1963. 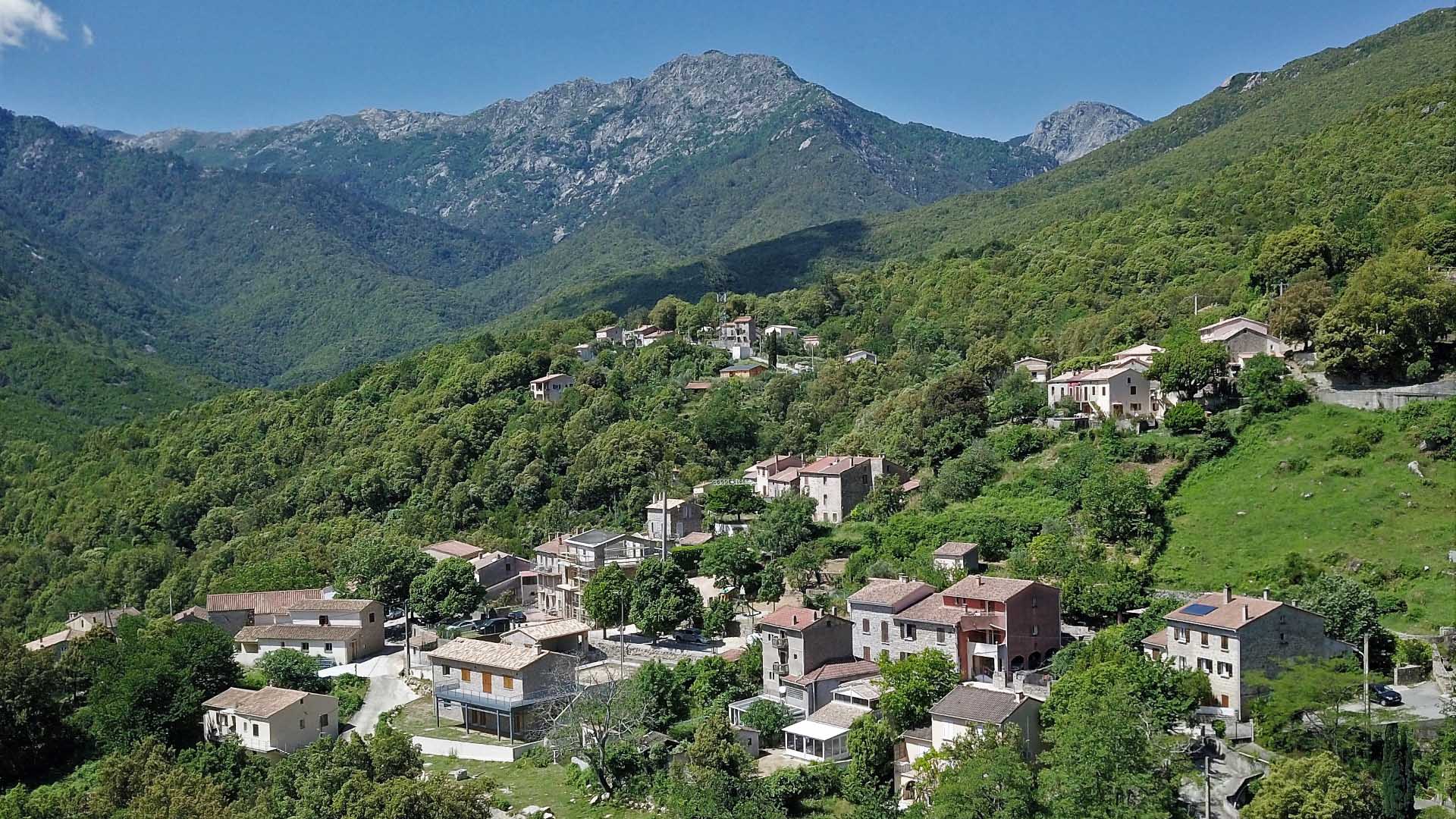