An old and picturesque village, sent as a sentry behind Mount Oppido. Village of the canton of Moïta-Verde until 2014 and current village of the canton of Castagniccia.
History
Mount Oppido was once a strategic point with a view to the pond of Diana. To protect Aleria, the Romans had established an oppidum.
The Chiatrais built, at the beginning of the 15th century, "torre" to resist the attackers. The other houses, smaller in size, came to agglomerate against these strategic points. Chiatra has always opposed the Genoese. In 1511, when Renuccio Della Rocca was defeated, he was looted and burned. Stowed behind the banner of Sampiero Corso, he experienced the same tragedy in 1564.
Near
⦁ The Genoese tower of Chiatra from 1527
⦁ The parish church of the Annunciation
⦁ Saint Pancrace Chapel
⦁ But also the high facades of the stone houses, its magnificent belvedere offering a panoramic view of the dam of the Alesani, its chestnut grove, its various surrounding sources, conducive to hiking and horseback riding from the Place de la Calina. 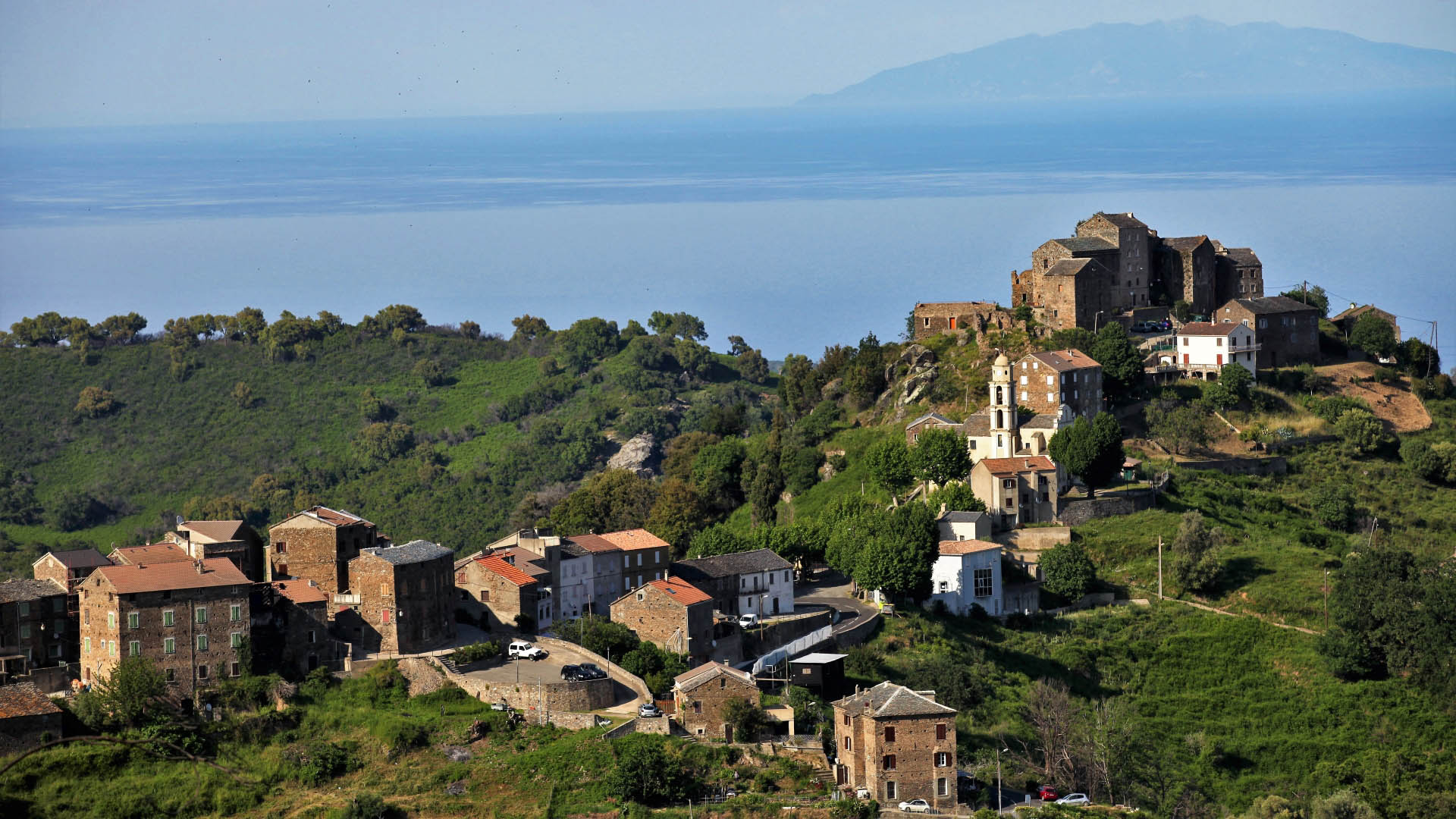