Presentation
This path will allow you to discover the natural and architectural heritage of the village of Tavera and in general of the granite Corsica, until you reach the ruins of the chapel of St Polu. After this hike, you can take a look at the village of Tavera: you should visit the parish church of St Mary, which contains a statue of the Virgin and a beautiful white marble baptismal font.
You can also visit the archaeological site I Casteddi, which is made up of a statue-menhir and of a defensive structure dating back to the Late Middle Ages.

Itinerary
You will easily find the departure point, which is marked by the PNRC (regional natural park of Corsica). The path, which at the beginning it is not so easy, takes you to the hamlet of Poghju, passing by the Casalta house – an abandoned 17th century manor which belongs to the Casalta, a family which was appreciated for its role as an intermediary between the authorities and the villagers. In the past this family was not obliged to pay taxes and was allowed to carry arms.

You must continue along the path until you reach a church, where you must take the path to your right. After about 100 metres and after passing a large wooden gate, the path forks: you must turn left and cross a bridge to reach the Funtana di U Vicula (whose water is drinkable), next to an old ruined house.
The path begins to climb through the undergrowth until it reaches the D227 road near Parte. You must take this road to reach the hamlet of Parte and then the hamlet of Casaracia: you must pass under an old fortified house (which is unfortunately in a very bad state) and take a small tarmac path which allows you to pass behind a small square where there are a few houses and an old bread oven.

When you reach the last house, you must take a path leading to a dirt track on your left. After two rather sharp bends, you must leave the dirt track and take the small path on your right that allow you to reach your destination, the Romanesque church of San Polu dating back to the 11th century. This church, of which only a few vestiges remain, is one of the few built in the Pisan style. After taking a short break, you could try to recognise the Rocca of Gozzi. 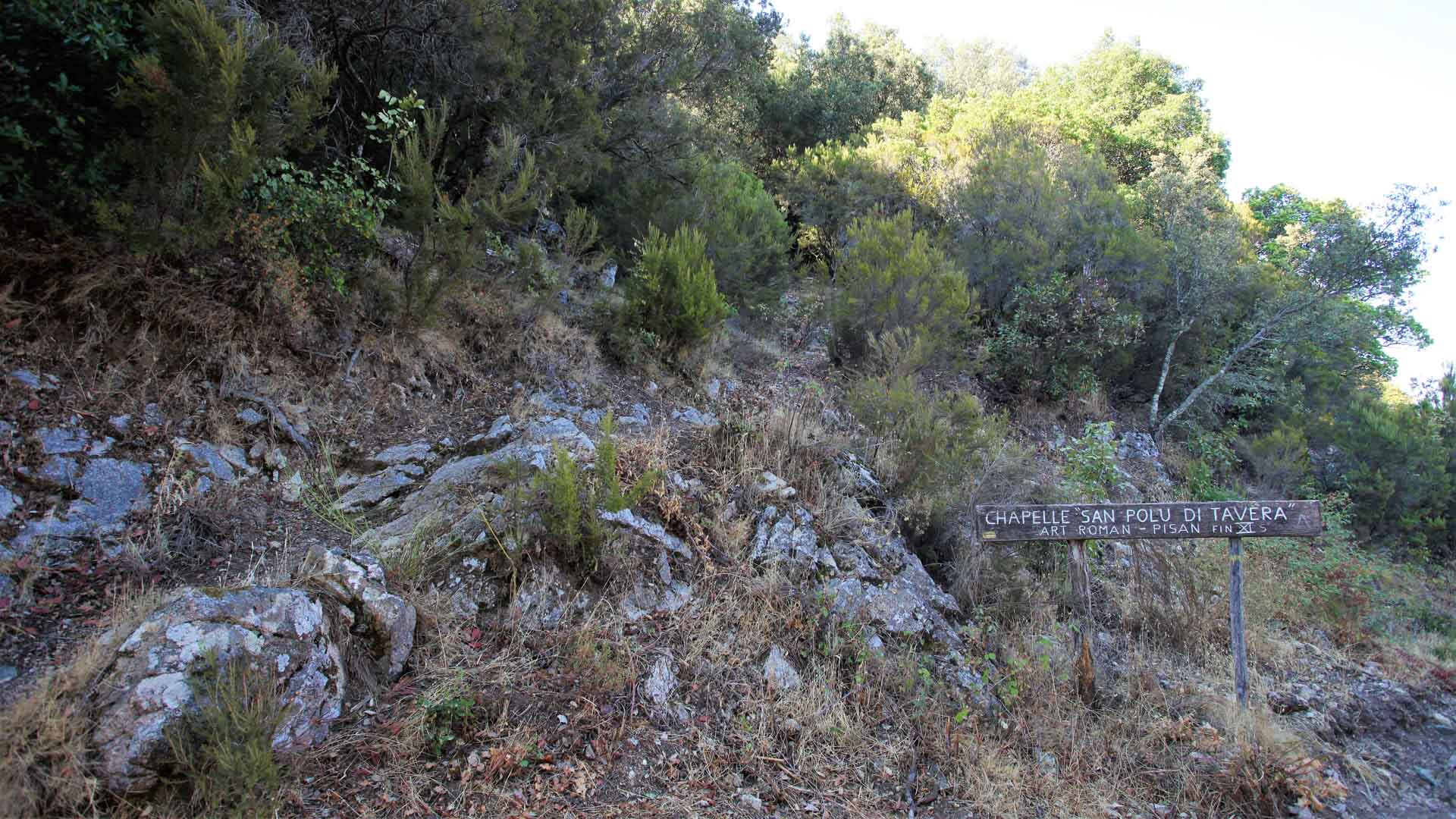