Castineta is located at an altitude of 780 metres and belongs to the old parish of Rostino, in Castagniccia. It is a mid-mountain village, rich in holm oaks, white oaks, maritime pines, chestnut trees and ash trees. The main watercourse of the municipality is the Prunitaccio stream, where you can bathe to cool off during the summer. It is a true oasis of peace where you can enjoy unspoilt nature.
This commune is part of two areas of ecological, faunal and floristic interest: Hêtraies du massif du San Petrone and Châtaigneraies et bois des versants sud et ouest du massif du San Petrone.
The photographer Ange Tomasi (1883-1950), who took more than 40000 photos of Corsica and who is considered a pioneer of taking pictures for postcards, was particularly attached to Castineta.
Castineta is a typical central Corsican village: the houses have slate roofs and there are several fountains where it is possible drink fresh water. You can see, for example, the public fountain (rebuilt at the beginning of the 20th century) which was the village washhouse and dates to the 19th century. In the heart of the village there is the parish church of San Bastianu (17th century), which has a central altar and two secondary altars. You should note that on the lintel above the entrance door is engraved "1726 Renota".
The village is crossed by the D 639 road and is located at 43 km from Bastia and at 50 km from Île-Rousse. 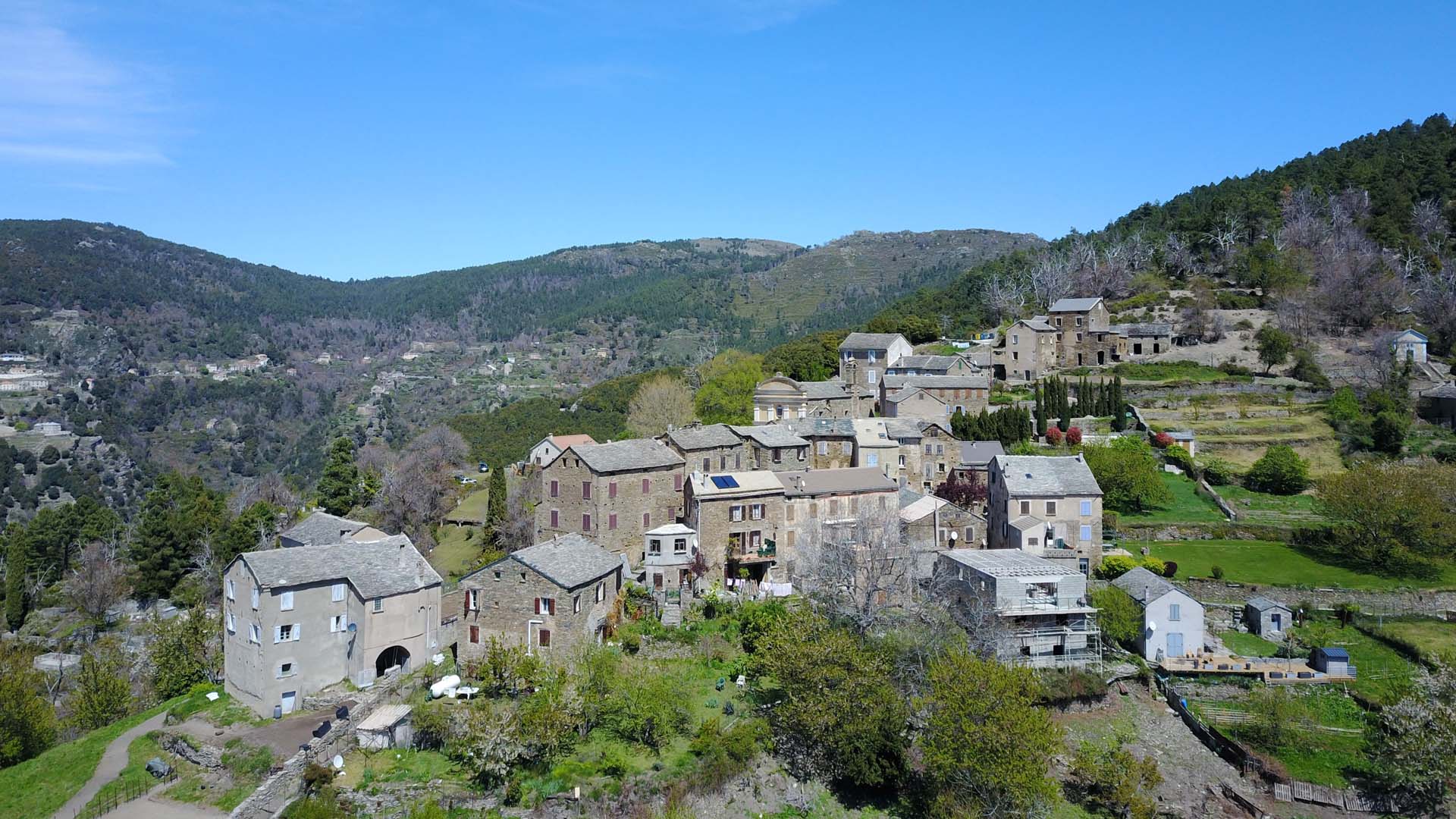