Casanova or Casanova-di-Venaco is located at 650 metres above sea level and belongs to the ancient parish of Venaco in Upper Corsica. This small village is located in the centre of Corsica: it is the farthest village from the sea of all Corsica (35 kilometres). On the other hand, Casanova is the closest village to Corte, the only university town on the island. The highest point of the village is located at 2400 metres, near the Punta Lattinicia, close to the Cardo mountain.

This village is plenty of water sources, which is quite rare in Corsica: in fact, Casanova is crossed by four streams, tributaries of the Tavignanu, which is the longest river in Corsica after the Golo.  For this reason, there are not only chestnut trees, but also walnut trees that need more water.

Inside the village, you can visit the public washhouse, In the past used for washing clothes and now a meeting place for the inhabitants of Casanova. Next to the washhouse, you can play bocce until late, particularly in summer. The village church is rather basic, but every 5 August its square hosts the festival of St. Marie-des-Glaces, which is the patron saint of the village.

Casanova is halfway between Ajaccio and Bastia (73 km), that is why the stele dedicated to the firemen is located in this village, on the edge of the territorial road 20. 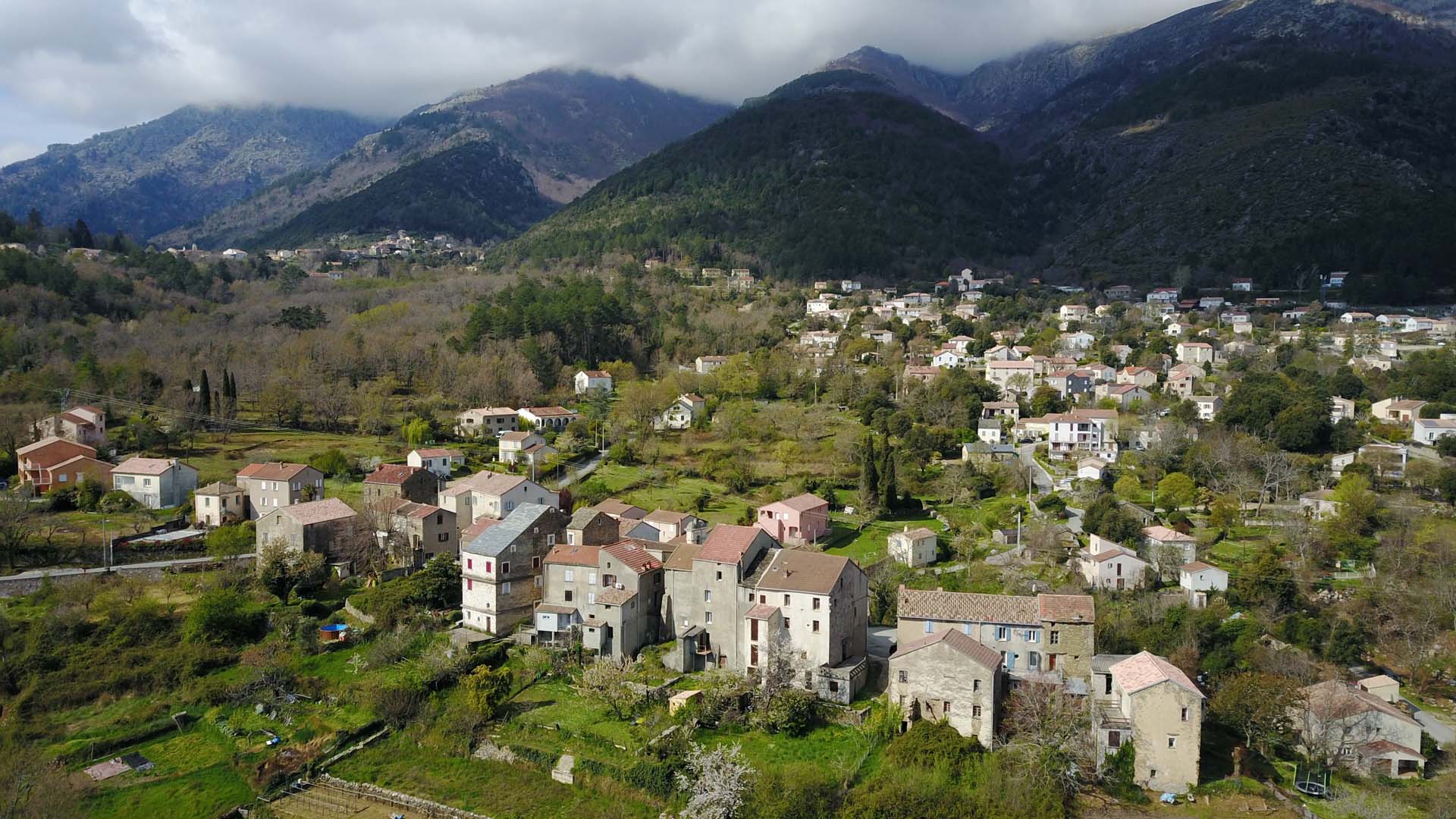