Casabianca is located at 630 metres above sea level and is part of the ancient parish of Ampugnani in Upper Corsica. It is part of the natural region of Castagniccia, which culminates at an altitude of 1767 metres on the top of Monte San Petrone and which is characterised by high hills covered with chestnut woods. All the villages of this natural region are a true paradise, where you can seek peace and quiet and rediscover a nature that is still well-preserved and almost intact.

This village is part of a second-generation natural area of ecological, faunal and floristic interest: Châtaigneraies de la petite Castagniccia. Casabianca is part of the regional natural park of Corsica.

In the village, you can visit the parish church of the Annunciation (19th century), which replaced an old 15th century church. This church was restored twice: in 1891 and in 1983, as indicated by the Latin inscriptions engraved in the stone. This building, like the chapel of St Michael (17th century), is part of the General inventory of cultural heritage. You should also visit the ruins of the St Antoine convent (15th century), which played a very important role in the history of Corsica: indeed, Pasquale Paoli was proclaimed general of Corsica in this convent. Unfortunately, the building and its church were burnt and sacked by the revolutionary Christophe Saliceti at the end of the 18th century.

This village is located at 46 km from Bastia, at 52 km from Corte and at 60 km from Aléria. Casabianca is crossed by the D505 road. 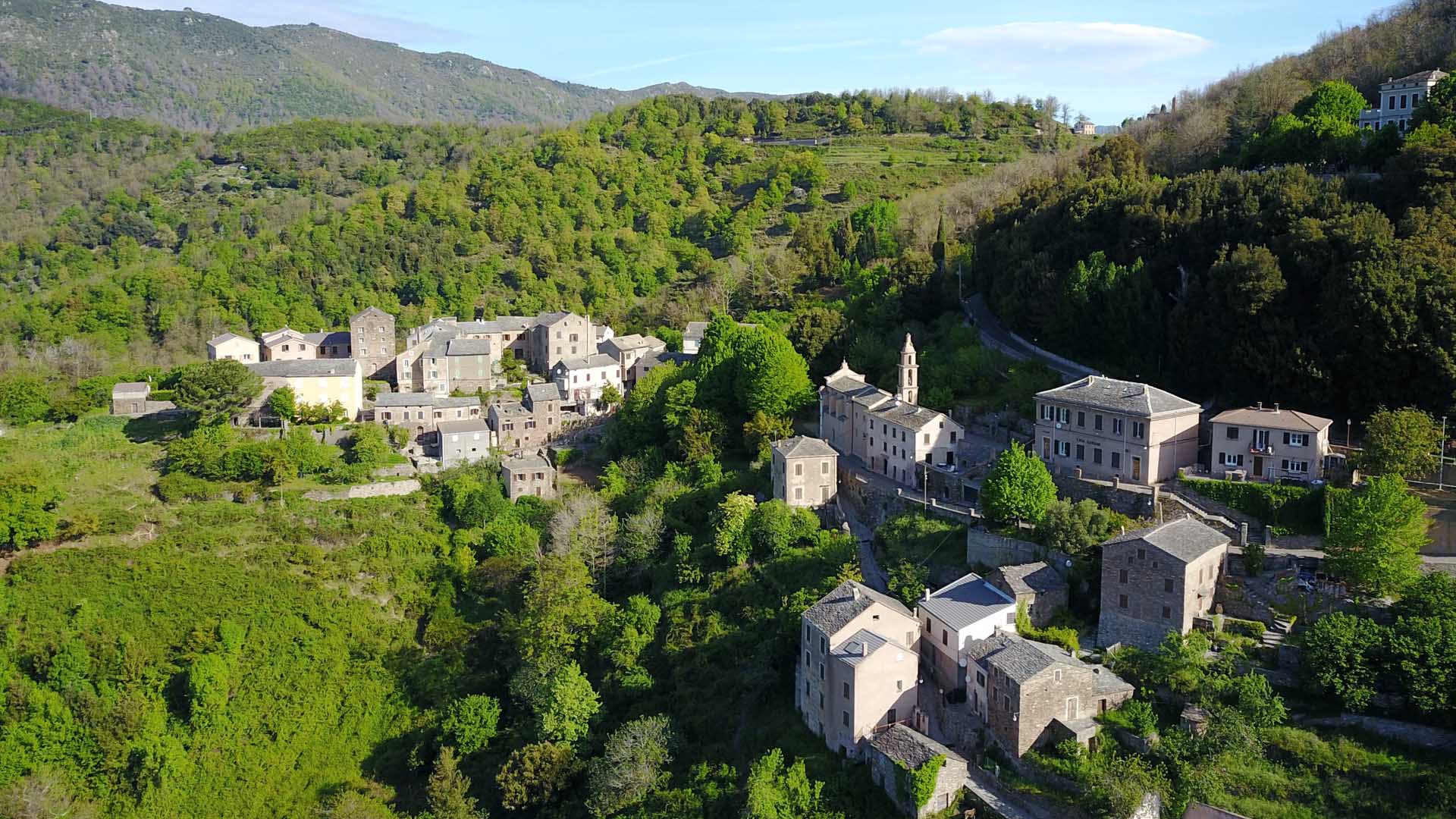