Cargiaca is located at an altitude of 405 metres and is part of the ancient parish of Tallano, in the Alta Rocca natural region. The village is surrounded by medium-sized mountains and its highest point is Punta di u Carbane (996 m). Many excursions can be organised from Cargiaca: in fact, this village is crisscrossed by many paths which will allow you to reach different villages of the natural region.

This village has ancient origins, indeed you can find several houses dating back to the 14th century. In the Middle Ages, the village was overlooked by the Castellu della Rocca, of which now remain only a few ruins.

If you like walking, then you can reach La Rocca, a rock that rises above Cargiaca: it is on this rock that the villagers installed a calvary.
In the village, you can have a look at the Capedda fountain, which is located at the exit of the village and which is covered by a granite vault. You should also visit the parish church of St Paul (19th century), which was built at the place of the old village church and which was equipped with three bells made by A. Farnier at the beginning of the 20th century.

Cargiaca is located at 26 km from Sartène, at 64 km from Porto-Vecchio and at 77 km from Ajaccio. This village is crossed by the D69 road. 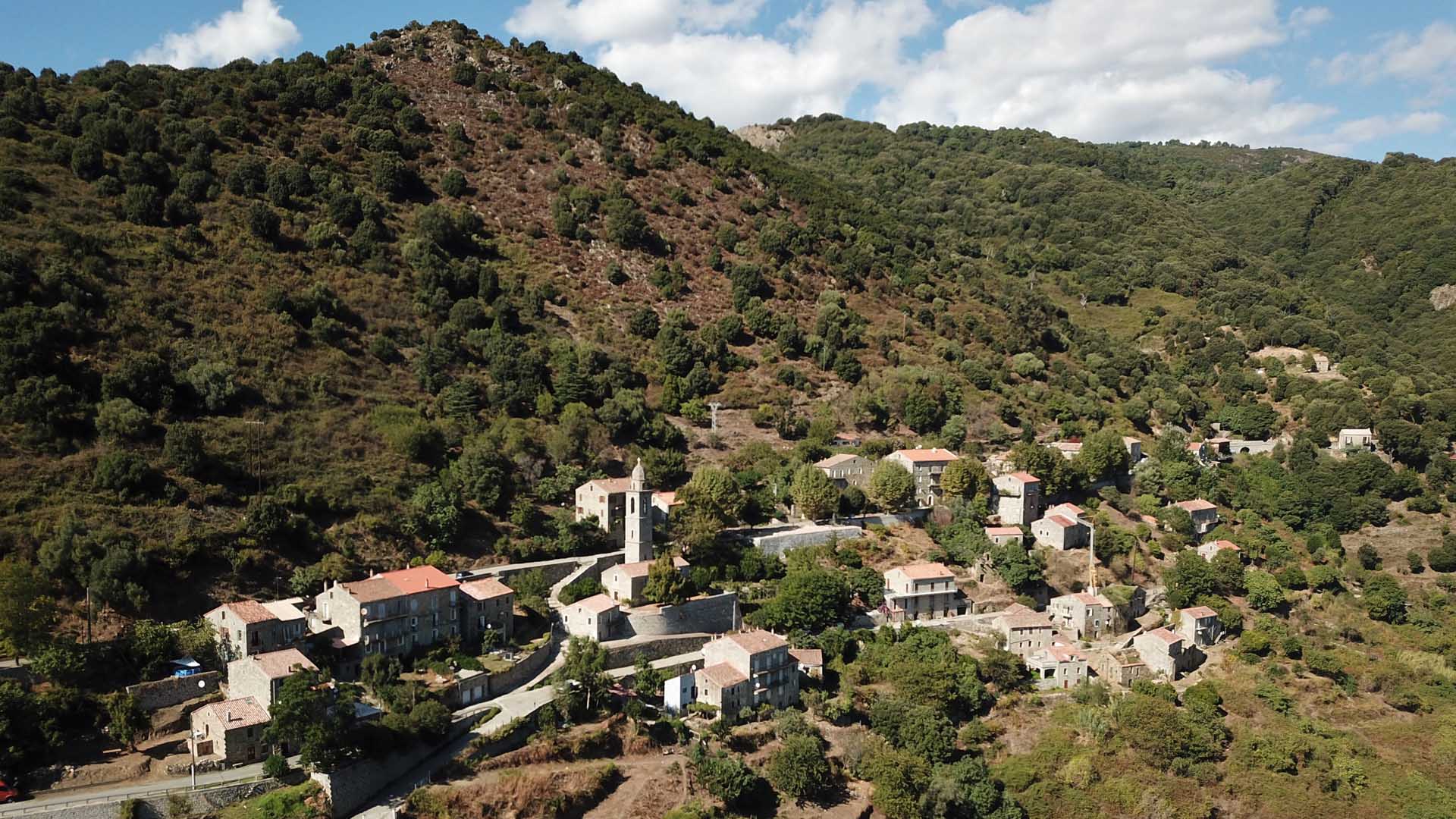