Campo is located at 590 metres above sea level and is part of the ancient parish of Ornano. This village is surrounded by medium-sized mountains and it is an excellent starting point for many family excursions. The vegetation of Campo – which enjoys relatively cool temperatures even in summer (especially in comparison with the temperatures on the seaside villages) – is very green: Corsican maquis and oak trees compete with each other.
The main watercourses are the river of Taravo – which flows directly into the Mediterranean Sea to the west of Corsica – the stream of Fiumicellu – one of the tributaries of the Taravo – and the streams of Lamosa and Ruselmu.

The history of this village was marked by the revolt of San Larenzu at the beginning of the 17th century: the inhabitants of Campo revolted against their lord and set fire to the castle of Canavaggio.  It is said that all the members of the lord's family were burnt to death, except for a pregnant woman who, helped by a priest, managed to escape.

This village has not preserved many traces of the past, probably because of the revolt of San Larenzu. In fact, the castle of Canavaggio and the ancient parish church of St Larenzu are in ruins. Art lovers can visit the parish church of the Holy Rosary (17th century), which was rebuilt at the end of the 19th century.
This village is rich in archaeological sites, in particular a Punta di a Petra Niedda and u Pughjolu.

Campo is located at 36 km from Ajaccio, at 53 km from Sartène and at 77 km from Cargèse. This village is crossed by the D83 road. 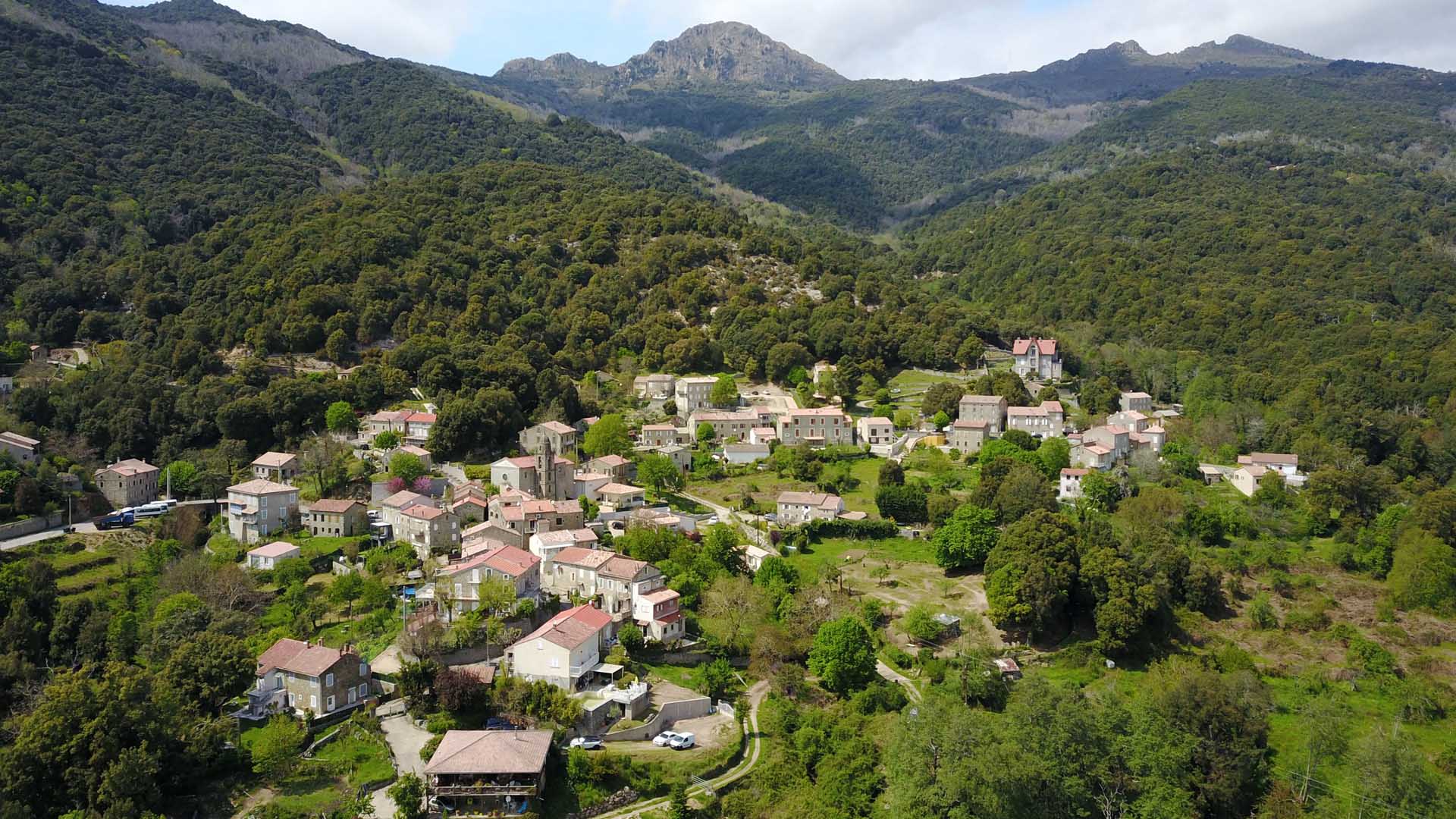