Campitello is located at an altitude of 500 metres and is part of the ancient parish of Costera. This village belongs to the region of Castagniccia and – like the other villages of the region – has a rich vegetation where Corsican scrub and chestnut trees compete with each other. If you like hiking and if you are looking for a few days of peace, then you should spend some time in Campitello to relax yourself and to get back in touch with nature.
This village enjoys a Mediterranean climate with moderate temperature differences, thanks to the influence of the sea and the proximity of the mountains.

In this village you can run into the site de la Madonna, where it is said that Madeleine Parsi (1884-1928) saw the Virgin several times. According to the legend, in 1899 the village was hit by drought and the inhabitants prayed day and night to obtain water for their animals and their crops. A few days after the Virgin appeared to Madeleine, a spring of water appeared miraculously in Campitello and it is said that this spring continues flowing even today.

Campitello is located at 42 km from Bastia, at 49 km from Corte and at 69 km from Île-Rousse. This village is crossed by the D7 road. 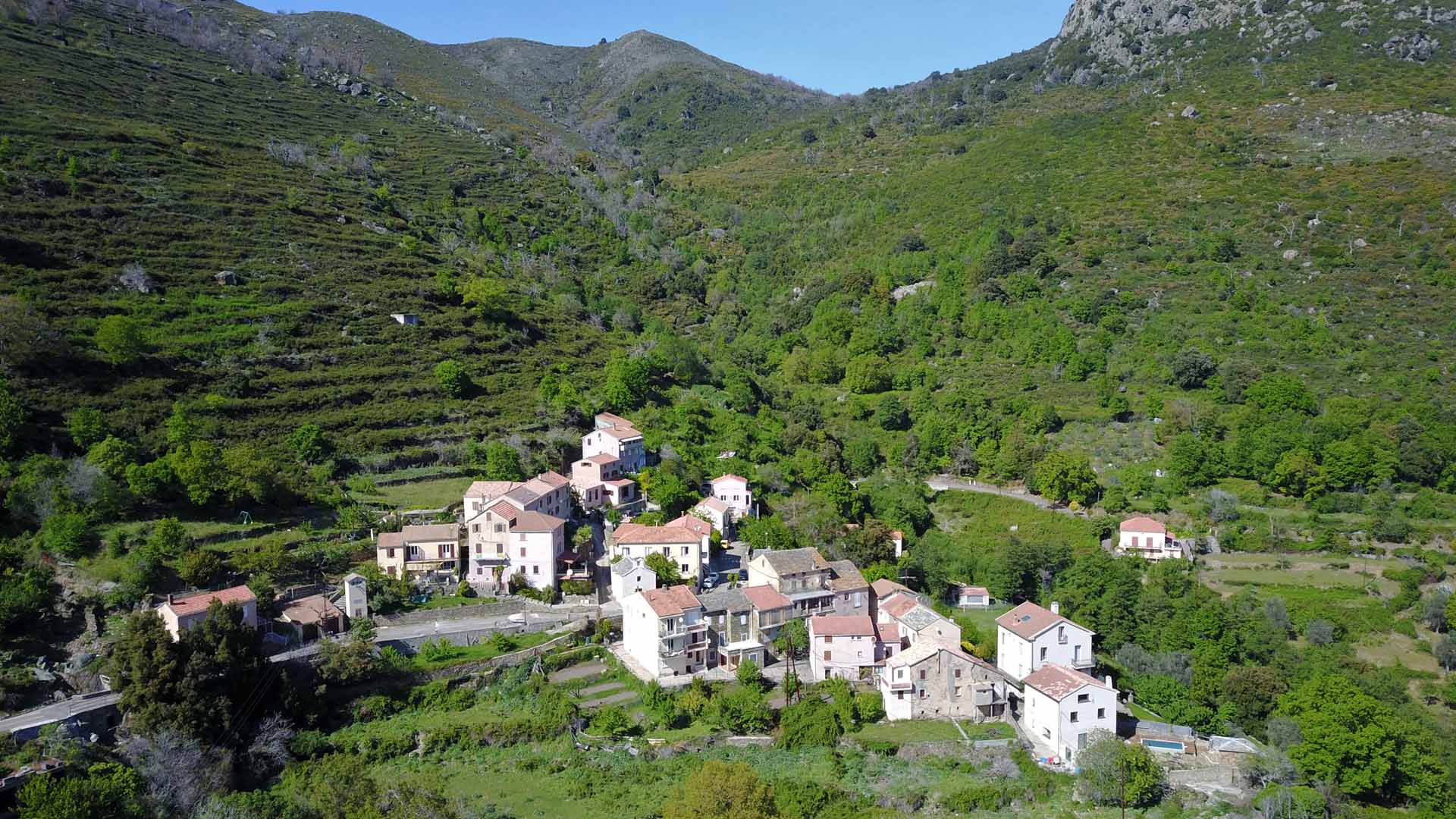