Campile is located at 562 metres above sea level and is part of the ancient parish of Casacconi, of which it was the most important village. Nestled in the heart of Castagniccia region, this village is in the middle of the island and is surrounded by medium-sized mountains (the highest point is about 1011 metres).
Several mountains can be reached from Campile, for example Col de Prato (985 m), Punta di a Mazza (1041 m), Monte Piano (1201 m), Punta di Favalta and Monte Calleruccio (1484 m). If you do not like strenuous walks, then you should take the Tra Paisoli e Montagna path, a circular route that will allow you to walk around the various hamlets of this village. On the heights of the valley, chestnut and oak trees cover about 60% of the surface; lower down these trees give way to holm oaks and Corsican scrub.

This village is part of a second-generation natural area of ecological, faunal and floristic interest: Châtaigneraies de la petite Castagniccia.

Art lovers can visit the parish church of St Peter and Paul (17th century), whose the campanile was built at the beginning of the 20th century after the collapse of the old one, which stood ten metres from the church and which was considered the highest in Corsica. This church is classified historical monument and contains several paintings of great artistic and cultural interest, including the painting The Virgin of the Grapes that was offered by Emperor Napoleon III.
In the centre of the village, you can run into the Gavini fountain, which is surmounted by a bust of Denis Gavini – an important member of the Gavini family that played an important role in the political life of the island from the 18th century until the second half of the 20th century.

Campile is located at 40 km from Bastia, at 46 km from Corte and at 89 km from Calvi. This village is crossed by the D515 road. 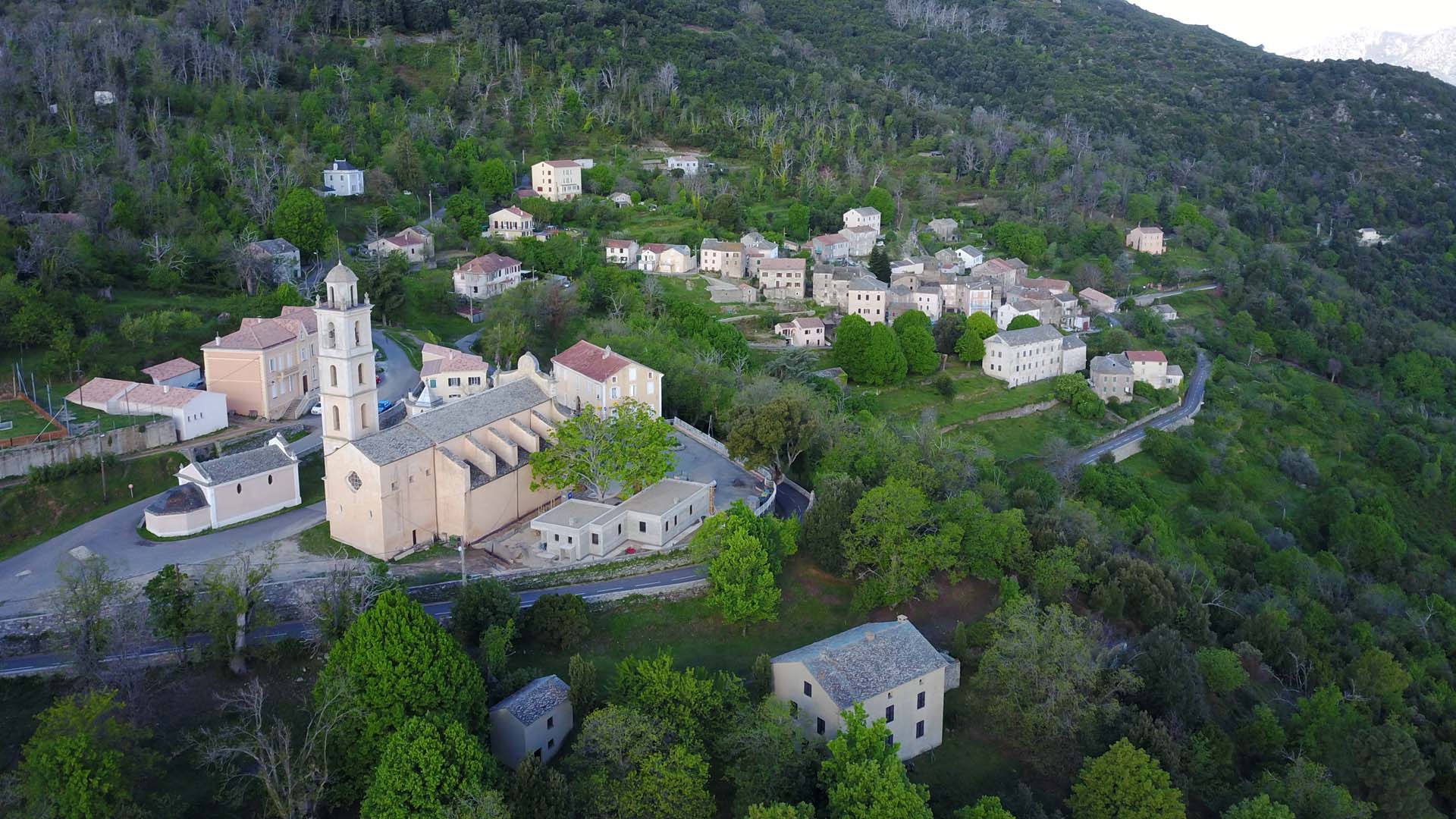