Campi is located at 505 metres above sea level and is part of the ancient parish of Verde, in Upper Corsica. This village is part of the valley of Bravone, where all the villages are nestled in chestnut groves and in Corsican scrub. It is a mountain village, which lies on a rocky spur at the foot of Monte Sant'Appianu and which is crossed by two streams. It is an excellent starting point for many excursions thanks to the paths – often hidden by plants and Corsican scrub – that link the various villages together.

In the village, you can visit the chapel of St Cervone (15th century), renovated in the Baroque period and built on the foundations of a Romanesque or pre-Romanesque building. The cult of St Cervone, introduced into Corsica at the beginning of the Pisan period, was particularly widespread in the bishopric of Aléria, administered directly by Pisa. You should also visit the parish church of St Maria (19th century), which has been modified several times and which is flanked by six side chapels.
Campi was a small 'industrialised' village: until the 1960s there was a forge and a workshop that produced one model of tacks that could satisfy all needs.

This village is located at 27 km from Aléria, at 42 km from Corte and at 76 km from Bastia. Campi is crossed by the D16 road. 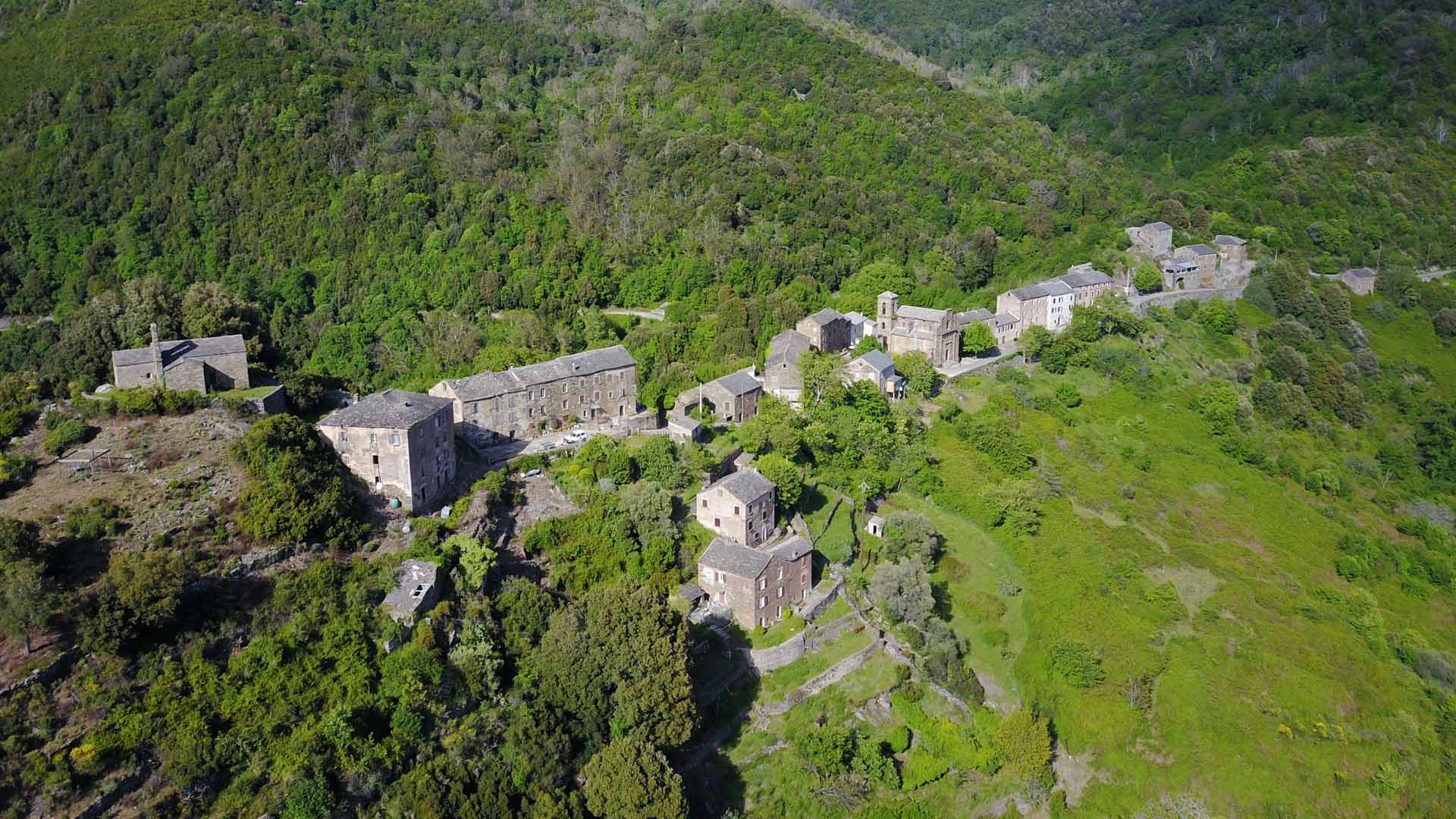