Campana is located in the pieve d'Orezza, in Castagniccia, in the regional natural park of Corsica. It is the only inhabited place of the commune. It is built at an average altitude of 750 m, on the mountainside. The houses, with their local stone walls, are aligned along the D71 road that runs through the village. They are dominated by the parish church of St. Andrew, which, like them, is covered with slates.

History
Between the second half of the twelfth and the middle of the thirteenth century, the feudal system is set up on the island. Castles are multiplying. They are then grouped in the hands of about fifteen noble families of local or peninsular origin, sometimes fragmented into independent seigneuries, even rivals: Bagnaia, Amondaschi, Cortinchi, Pinaschi, of Coasini, Loreto de Nebbio, Loreto de Casinca, Orezza , Avogari, Camilla, Turca, Pevere, Mari and the Marquis of Massa and Corsica.

Campana remains a village very attached to certain traditions: August 5 is celebrated in Madonna di a neve, Our Lady of the Snows, according to a Roman Catholic tradition dating back to the 5th century and August 16th, Saint Roch, saint celebrated in the quasi -total villages of Corsica. November 30 is the day of St. Andrew, the patron saint of the village. 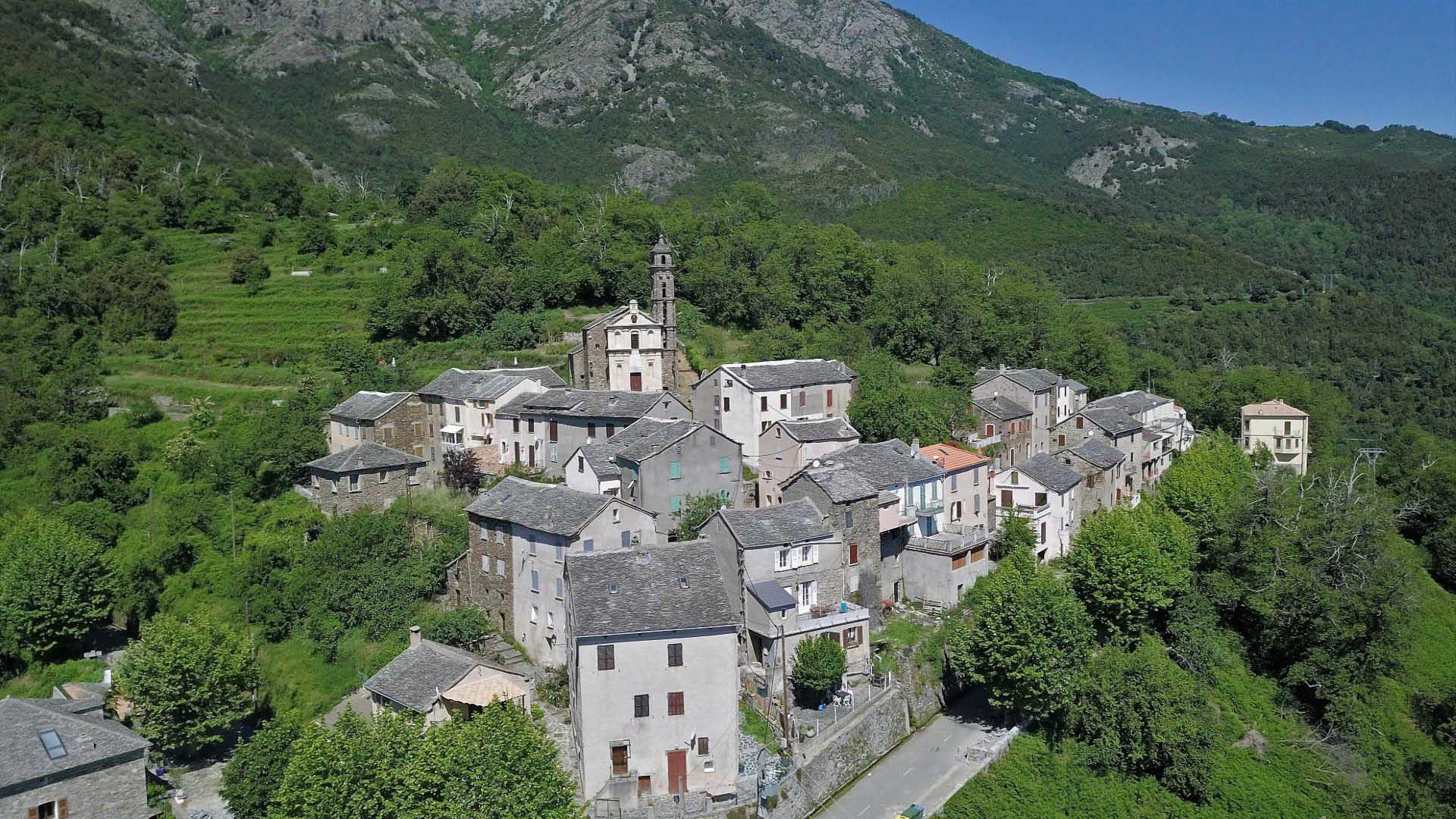