Cambia is located at 750 metres above sea level and belongs to the ancient parish of Vallerustie in Castagniccia, Upper Corsica. In the past, it was the most important village in the area and during the Middle Ages it had a considerable strategic importance. Today Cambia is made up of four hamlets: Loriani, San Quilico, Corsoli and Cambia. Its highest point is Testa di Catarello (1428 m), which with Punta Ventosa (1421 m) defines the eastern border of the village.

The Casaluna river, which passes through this village, has its source at an altitude of 1284 metres close to Punta di Merza. This is a very wooded area, rich in holm oaks and chestnut trees, but the summers are often very dry: if you like hiking, you should always have a reserve of water.

Inside the village, you can find the chapel of St Maria, dating from the 12th or 13th century, where we can find the only Romanesque altar that remains in good condition in Corsica. It has very ancient origins as it replaces a previous pre-Romanesque small church.  At the foot of the chapel, there is a Christianised statue-menhir, whose a legend explains its origin: it is the statue of a young girl of the village who was petrified after having tried to push a stick into a tomb to show her courage. Not far from the statue, you can find A Petra Frisgiata, the most complete rock art site in Corsica, where almost 600 signs have already been found.

This village is crossed by the D39 road and is located at 36 km from Corte. 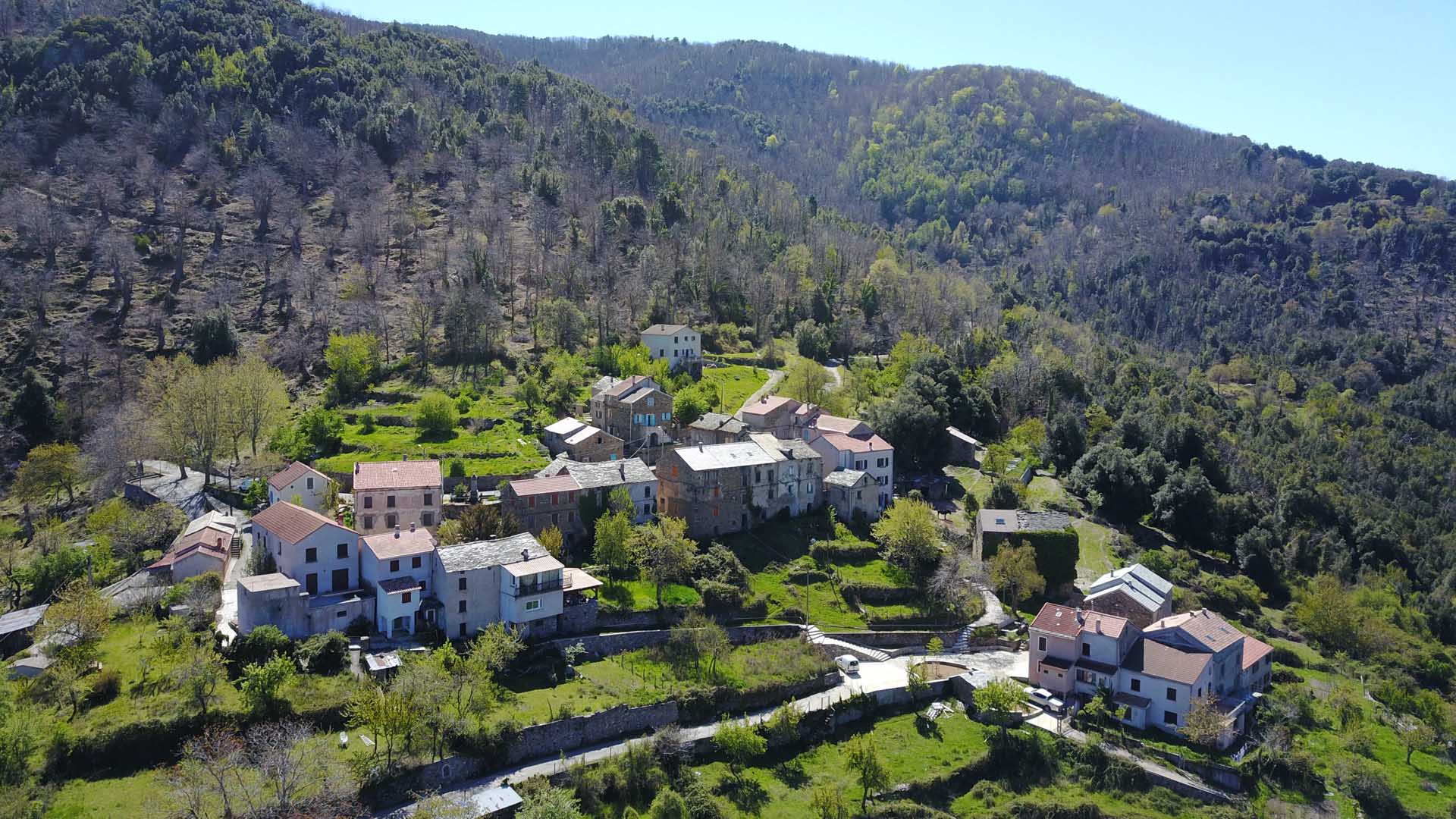