Bisinchi is a commune in the "de la des Monts" (Cismonte in Corsican language) or shale Corsica in the north-east of the island, in the extension of the shale ridge of Cap Corse which continues with the massif of San Petrone and ends south of Castagniccia.

In addition to the Golo which runs north of the municipality and which delimits the territory of Bisinchi with those of Canavaggia, Lento and Campitello, several of its tributaries originate or cross Bisinchi. The main is the stream of Casa Murella 6.4 km which takes source under the Compoli Rock (1085m), "riding" on Bisinchi, Castello-di-Rostino and Ortiporio; the others are the stream of Vetrice, the creek of Acqua Fredda, and the stream of Maltempu, which separates it from Campile.

History
The town suffered many important fires in the last century; it always presents in its lower part stygatas with a sparse maquis of cork oaks and olive trees, charred trunks. Above, the carpet is made of arborescent vegetation with oak woods, and chestnut trees near inhabited places.

On March 30, 1875, Bisinchi had suffered a terrible landslide, its soil consisting of shale of poor quality, having been weakened by heavy rains. On the old cadastral map of Bisinchi in 1877, the locality San Quilico is worn as the devastated territory. The San Quilico church that had suffered from this disaster, had been abandoned and is now open. 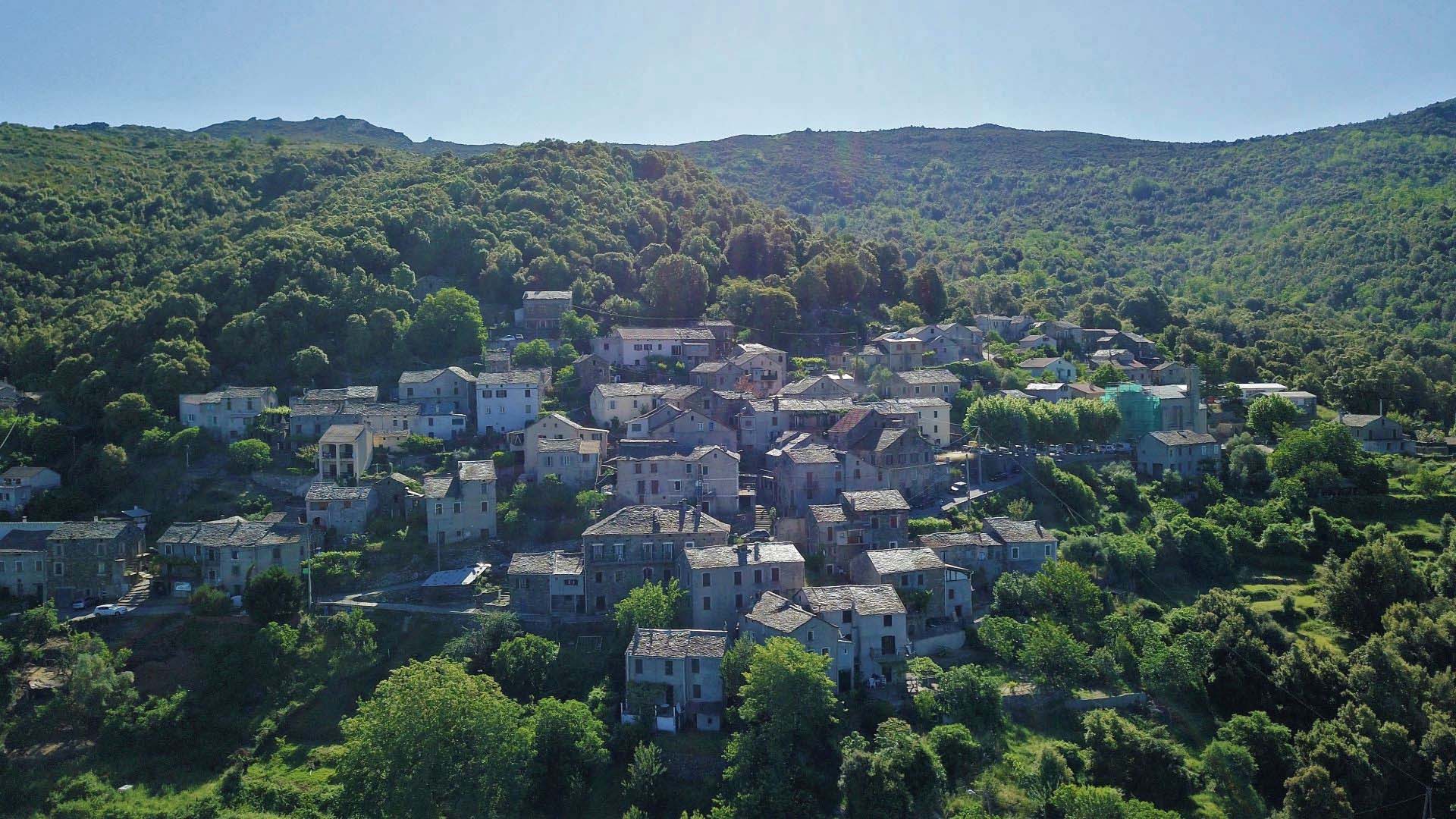