Barrettali is located at an altitude of 311 metres and is part of the ancient parish of Canari. This village is bordered by several mountains: Punta di Piestrone (430 m), Punta di Caterraggio (514 m), Monte Liccola (747 m), Monte Cupieta (756 m), Monte Grofiglieta (838 m), Bocca di a Serra (1007) and Punta Alticcione (1130 m). Barrettali has a wild seafront: the small fishing port of Giottani represents the only shelter between Saint-Florent and Centuri.
The main waterways are the streams of Arnetu, of Fiume di Giotta, of Furcone, of Piano di Tavola, of Raggia, of aldu Vecchiu and of Zacaro.

This village has a very ancient history: at the site of Pinzu a Verghine (593 m), which is located at two kilometres from the village, you will find five menhirs that overlook Barrettali.

Art lovers can visit the parish church of St Pantaleone (16th century), which is classified historical monument thanks to its interior decoration dating from the 16th century and from the 17th century. This church contains several historical monuments: the paintings Two Franciscans invited to lunch (16th century), Our Lady of Mount Carmel giving the scapular to St Simon Stock, to St Charles Borromeo and to the Altieri family (17th century), The Virgin and St Pantaleon interceding with God for the souls in Purgatory (17th century) and the wooden furniture of the sacristy.
Around the village you will find several chapels, the most famous of which are the chapel of St William – which contains a 15th century painting of the Virgin with Child between St John the Baptist and St Anthony – and the chapel of the Holy Cross – which won the rubans du patrimoine award (a prize that rewards the engagement of a community for the benefit of its cultural and architectural heritage).

Barrettali is located at 37 km from Saint-Florent, at 50 km from Bastia and at 83 km from Île-Rousse. This village is crossed by the D33 road. 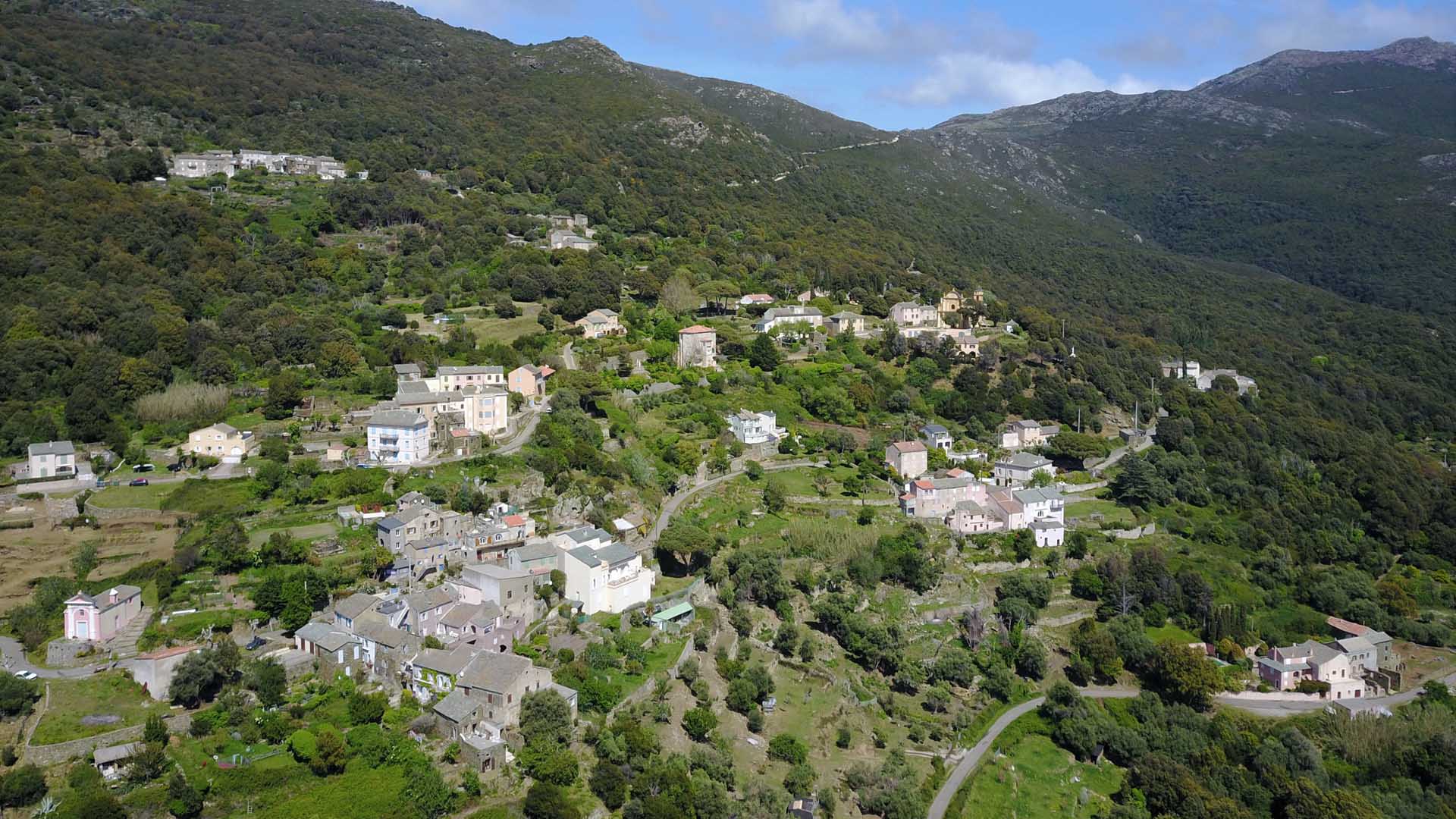