Barbaggio is located at 207 metres above sea level and is part of the ancient parish of Patrimonio. Several peaks can be reached from this village: Monte Fesso (358 m), Cima Malaspina (537 m), Monti Rossi (674 m), Cima Orcaio (788 m) and Serra di Pigno (958 m). Like the other villages in the old parish of Patrimonio, Barbaggio enjoys a Mediterranean climate which is characterized by moderate temperatures, wet winters and dry summers.
The main watercourses are the streams of Trutta, of Lucitello and of Vaccareccia.

Barbaggio has a very ancient history: in 1965 archaeologists discovered a menhir statue nicknamed U Nativu, in a perfect state of preservation.
This village was the theatre of the battle of the Teghime Hill (1943), in which the Corsican partisans and the Moroccan Goumiers fought for three days against the Germans and the Italians. This battle saw the defeat of the occupiers and made it possible for the allied forces to reach Bastia and made an important contribution to the liberation of Corsica, the first French department to free itself from German occupation.

Barbaggio is located at 12 km from Bastia, at 59 km from Île-Rousse and at 74 km from Corte. This village is crossed by the D38 road. 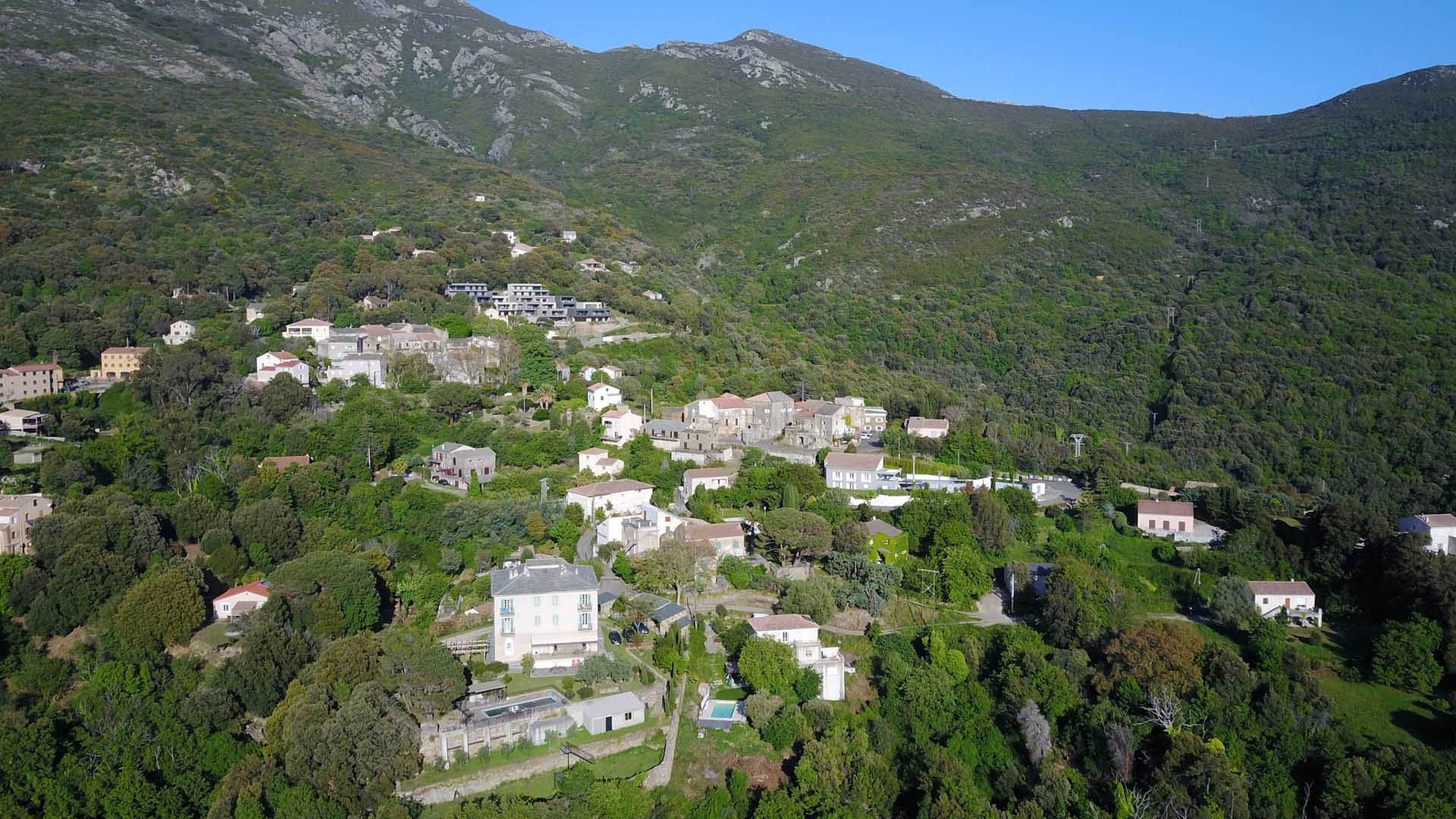