The coastal path starts at the foot of the Campo Moro Tower.
You will have to follow it in an anti-clockwise direction. The coast conceals a multitude of coves hidden in the heart of a fantastic set of rocks and boulders, sculpted by the water and the winds, the famous "taffoni".
"Taffoni" means a rounded hollow form with a diameter of several decimetres to several meters, hollowed out by alveolar erosion in crystalline or sandstone rocks, in dry climate or on certain coasts. We call mall cavities of a few centimeters in diameter forming honeycombs "alveoles". Granite is naturally cracked. The water flowing along its faults causes the progressive rounding of the blocks and the accumulation of coarse sand.
Sites to visit
⦁ Tower of Campomoro: built on Carlo Spinola's orders following a barbarian raid on the town of Sartène, was completed in 1586. The tower of Campomoro has been registered as a historical monument since 1925.
⦁ The large site of Campomoro-Senetosa is a vast uninhabited area of more than 24 km of coastline. Far from the major tourist areas, the site is composed of a succession of rocky capes, coves of fine sand or pebbles. The thicket covers most of this granite landscape.
⦁ Lorenzi De Bradi's house, formerly the customs house.
⦁ Durazzo Castle, built in the 19th century.
⦁ The dolmen of Tola, whose table is missing.
⦁ The Menhir of Capo-di-Luogo. 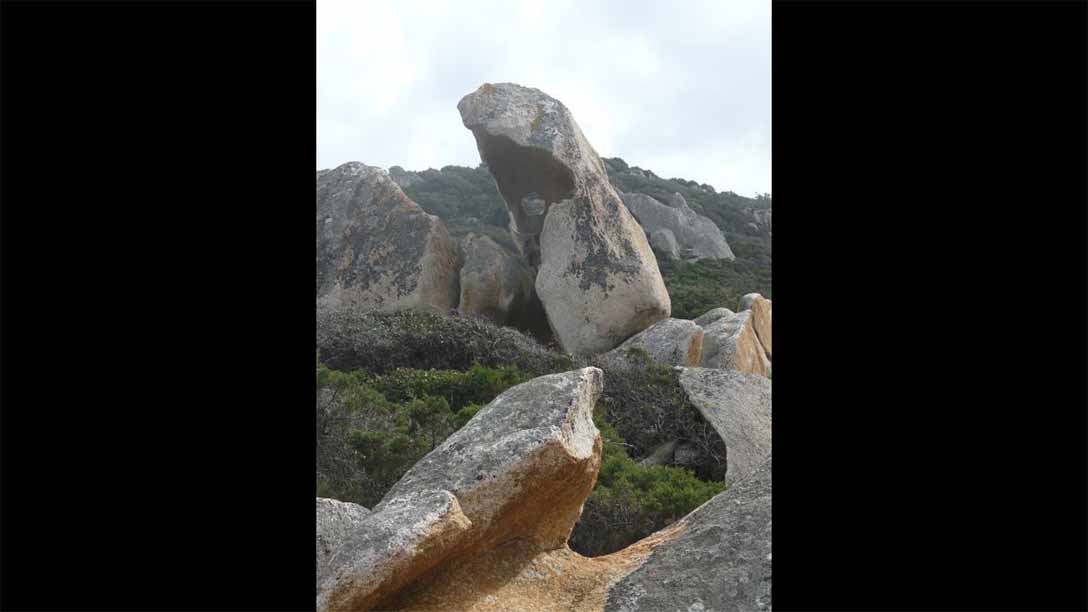