Azzana is located at 400 metres above sea level and is part of the ancient parish of Cruzini. It is a village surrounded by medium-sized mountains, whose houses are surrounded by Corsican maquis and are characterised by their height. In fact, the houses of Azzana are all at least two-storey-high because the structure of this village, which is built on a slope like many other villages of the mountainous regions of Corsica, made it impossible to expand them in width. In the past the region was covered by a large forest of oaks and maritime pines, but industrial exploitation has gradually reduced this forest to make room for the village of Azzana. This village is part of the regional natural park of Corsica.

Azzana was the birthplace of the Lieutenant François Marie Noël Battesti (1890-1977), a World War I flying ace credited with seven aerial victories. He was a member of "Les cigognes" battalion, which was the most celebrated and successful French Air Service Groupe de Chasse during the World War I.

Art lovers can visit the parish church of St Lucia (18th century), which was built by the Battesti family and by the Antonietti one. This church was remodelled several times during the 19th and the 20th century and is now in excellent condition. You can also visit the ruins of the ancient parish church of St Nicola di Bari (18th century), which was abandoned by order of Monsignor Sebastiani at the beginning of the 19th century, in favour of the church of St Lucia.
The village, whose agro-pastoral origins are well known, is located on an ancient route of transhumance.

Azzana is located at 51 km from Ajaccio, at 55 km from Cargèse and at 81 km from Corte. This village is crossed by the D4 road. 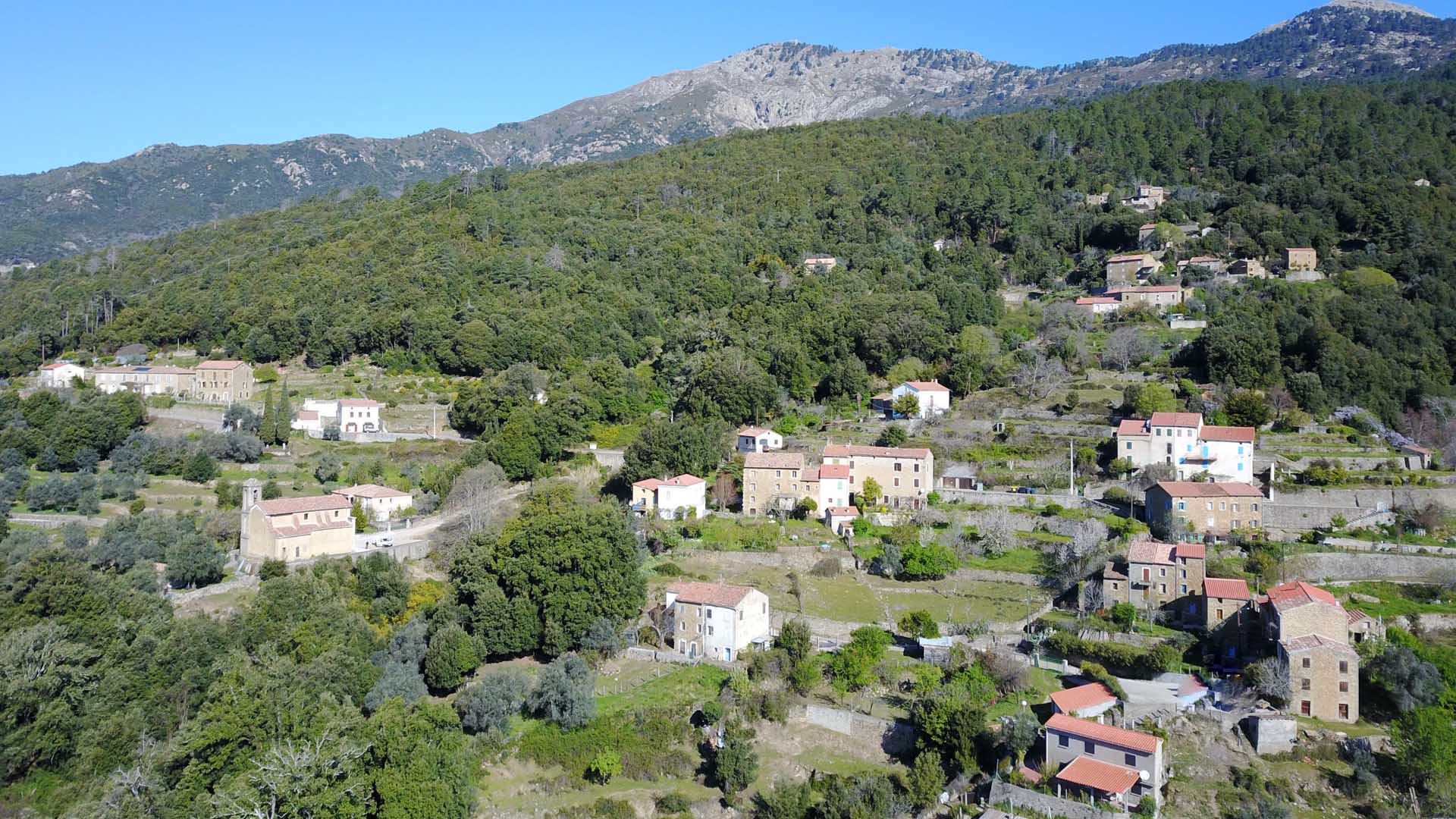