This traditional village, whose houses are covered with red tiles, is dominated by the Church of the Trinity , a Pisan heritage from the  11th century.

Located in the heart of what used to be called "The Garden of Corsica", this ancient agricultural town is known for its olive, orange, lemon and almond trees. The inhabitants of Aregno celebrate their agricultural culture every year. In January, oranges are blessed during the Saint Antoine Abbé procession. Almond trees have been celebrated at a fair called " A Fiera di l'Amandulu "the first weekend in August since 1997. 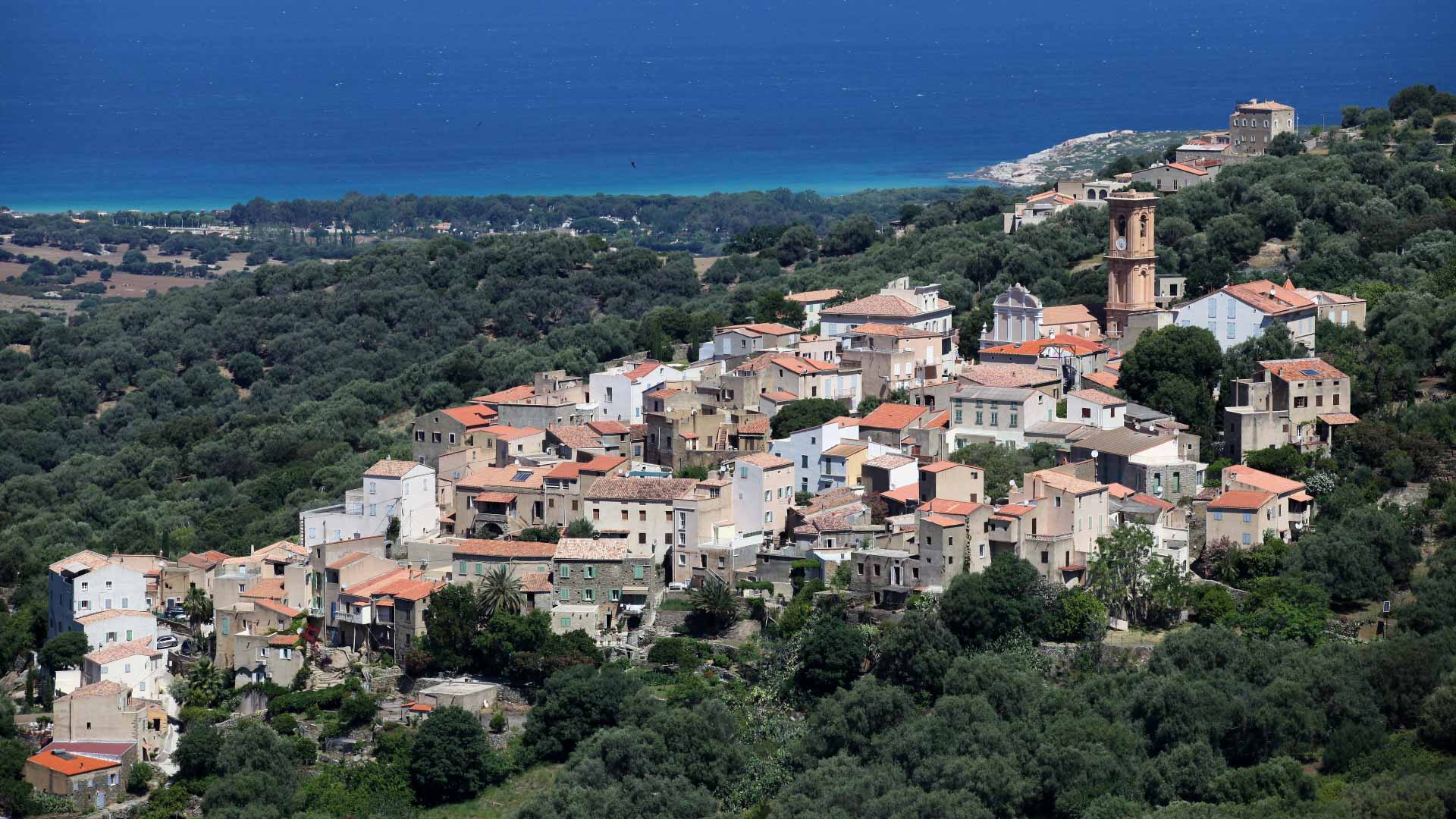