Appietto is located between 0 and 876 metres above sea level and is part of the ancient parish of Apieto. This village stretches out on the western slopes of the Punta Pastinaca (800 m), from the foot of the Rocher des Gozzi (716 m) – which is the first granite mountain you come across from Ajaccio to the hinterland – to the sea. The contrast between the sea and the mountains is part of Appietto's charm and will allow you to discover Corsica's natural heritage. From a tourist point of view, the charm of this small village consists of its magnificent sandy beach located in the Gulf of Lava – which is part of the Gulf of Ajaccio – between Punta Pelusella and Capo di Feno. This gulf is invaded by locals and tourists during the summer. To the north of this beach, you will find the small port of Porto-Provenzale.

The history of Appietto is very ancient. Indeed, we know that this little village has been inhabited since prehistoric times: some years ago, archaeologists discovered the megalithic funerary complex of Ciutulaghja which dates back to the 4th millennium BC.
In the Middle Ages, this village was located in a strategic point for the protection of the old parish, as proved by the vestiges of the castle of Gozzi on top of the Rocher des Gozzi. This castle was destroyed by the Republic of Genoa, which wanted to take the control of the island.

Art lovers can visit the parish church of St Maria Assunta (16th century), which was modified several times in the 19th century. This church has a 30-metre-high campanile and contains some paintings made by important Ukrainian artists, such as Ivan Choupik (1898-2000), who fled the communist revolution and who were welcomed in Corsica, where they decorated several churches and chapels. You should also visit the ruins of the church of St Cyr (14th century) – which was the parish church of the village – and the ruins of the old Romanesque chapel of St Sistru (10th century). 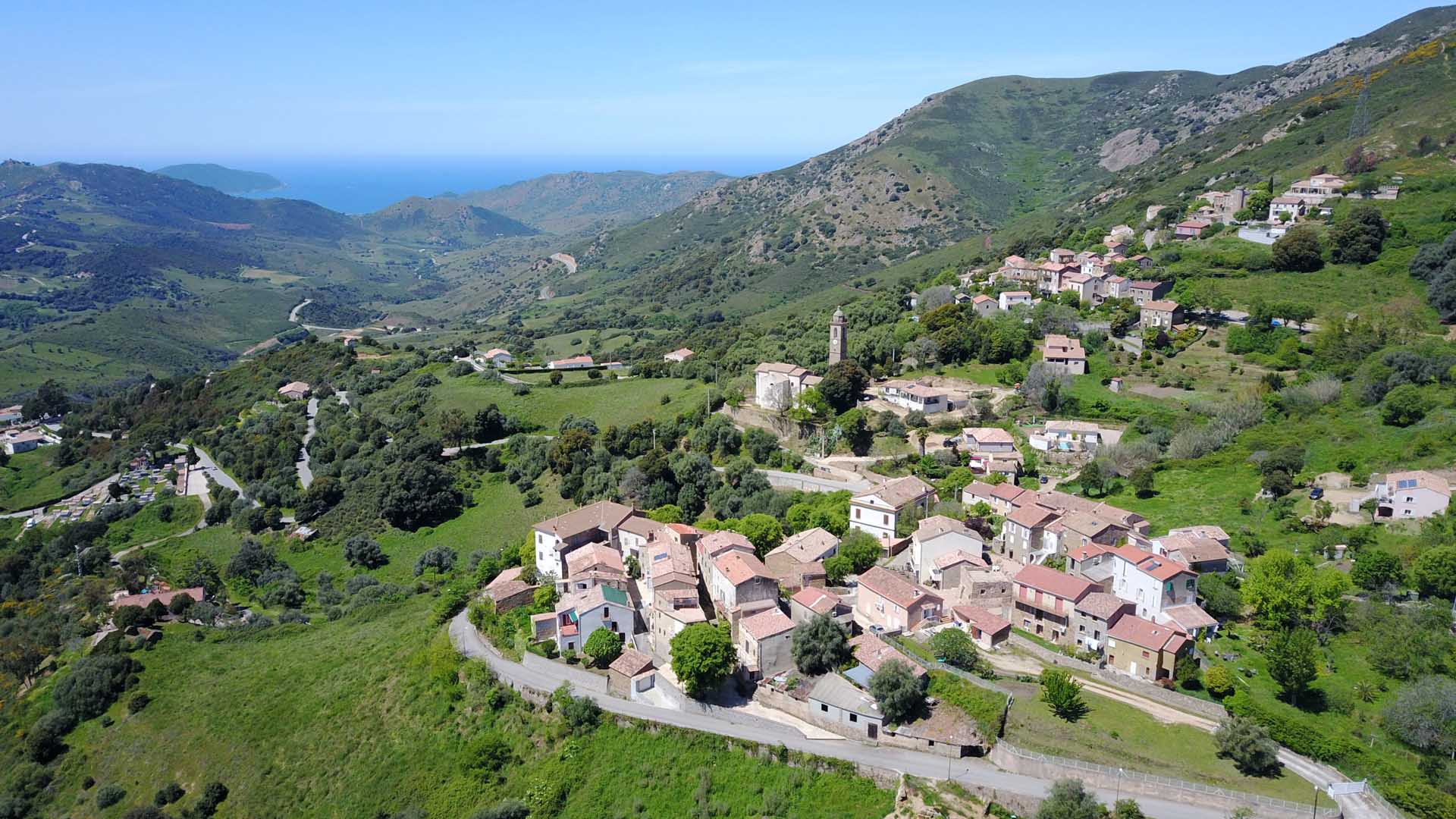