Alando is a small village located at 660 metres above sea level and belongs to the ancient parish of Bustanico in Upper Corsica. The village is surrounded by medium-sized mountains and is situated on a ridge that starts at the Punta di Caselacciu (1146 m). Thanks to its location and to the influence of the Mediterranean climate, the village is rich in holm oaks and chestnut trees. Around the village, you can still see the consequences of the last fire that destroyed many chestnut trees.

Alando is part of a natural area of ecological, faunal and floristic interest, Châtaigneraies et bois des versants Sud et Ouest du massif du San Petrone (Chestnut woods and woods on the south and west sides of the San Petrone massif). Moreover, this village belongs to the regional natural park of Corsica, where many endemic species, such as the Corsican nuthatch, the Corsican mouflon, the Corsican trout or the Tyrrhenian painted frog, can be found.

This village was the birthplace of Sambucucciu d'Alandu (? - 1370), one of the most important protagonists of Corsican history during the Middle Ages. We do not have much information about his life, but we know that this man led the popular uprisings of 1357 and forced the local noble families to flee. It was thanks to this man that, for few years, the Corsican people were able to administer themselves autonomously, like the Greek cities of antiquity.

That is why in the centre of the village stands the imposing statue dedicated to Sambucucciu d'Alandu, a statue made by the Corsican sculptor Noël Bonardi and inaugurated in 1994. At 765 metres above sea level, there is an old Franciscan convent (now of private property) and a church, which was the theatre of the fight between Pasquale Paoli and Mariu Emanuellu Matra.  Today, the two buildings are classified as historical monuments.

Alando is crossed by the D39 road and is located at 20 km from Corte. 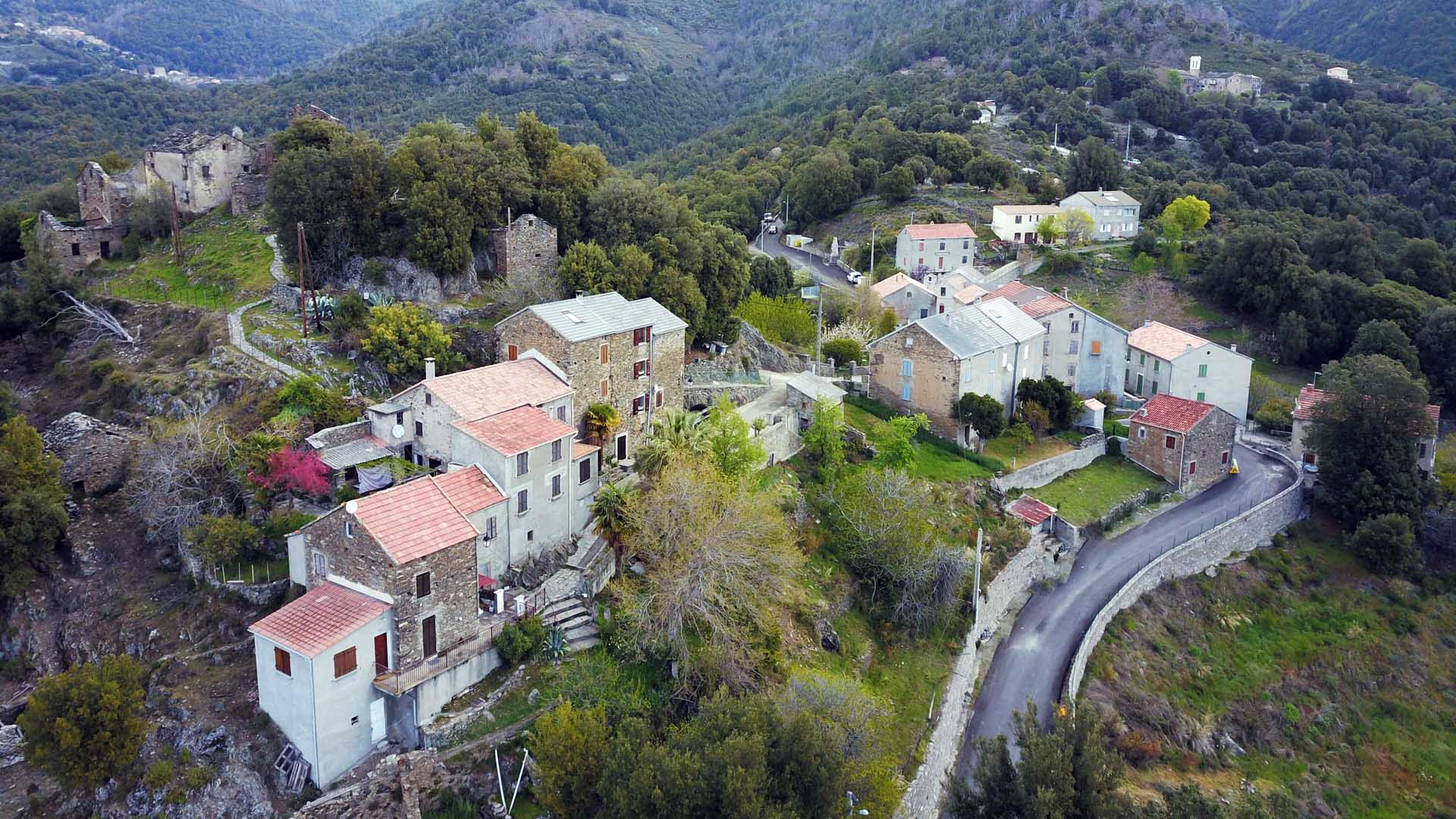